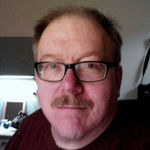 Send Paul a note
My Journal

3 Months Post-Op--Mostly good news. Today..."ehh."
It's been a while since I posted, but I'm grateful for the posts of others and excited for those on to a better life.

It's been a bit over 3 months since my surgery which went very well. It turned out to be an 8 1/2 hour procedure (AVR + 2 CABG) but quite a successful trip through hospitalization and the time I took off from work. I've been back at work for a bit over a week now and today I experienced the only real "setback" or worrisome point while on a walk after my lunch. I work on a very beautiful college campus (Michigan State University) and used to regularly walk along the Red Cedar River most every day. While I have been doing some longer walking with my cousin in one of our local cemeteries, this was the first walk I've done while at work and I became surprisingly very short of breath after about 10 minutes. Took a long time for me to get enough breath back to gain enough of a good gait to walk back to my office, but while sitting on a bench alongside the river, I was feeling pretty dejected and disappointed that I wasn't 100% back to "health," as I had been telling myself I was.

I attribute this to a few things. 1.) Walking too soon after a lunch I gobbled down too fast, 2.) Not sufficiently hydrated, and 3.) Perhaps having too high expectations. 4.) Still needing to drop some weight.

After hearing so many great stories, I think I expected to be doing cartwheels by now. Interestingly, by the time I got to my office, my Oxygen-Pulse finger monitor read 95/78 which is pretty good, especially since my resting pulse has been on the high-side since surgery. So I was pretty well oxygenated and with a pulse that wasn't bad.

I had to delay the start of my out-patient cardiac rehab due to some logistic issues but I start that November 6. And my log of events will certainly help with the intake, there. But...I am wondering if anyone has had similar experiences or even advice. My inpatient recovery had gone amazingly well. I managed to get through PT quicker than most and probably thought I could walk on water, as result. :-)

Thanks and best wishes to all. Paul
Like  |  Dan Baltazor, Jennifer John likes this

Rob Sparling  Stick with it Paul! Keep pushing, but maybe slower? 😀. Perhaps the Red Cedar River is the cause? 😜💙💛

Marie Myers  Slow and steady wins the race, Grasshopper... Just keep at it...Rehab will help you regain your confidence.

william borland  Keep up the good work and stay positive

My AV replacement and double cabg went so well! July 19 Great surgeon, nurses, other team members. Had some "minor" complications with a partial right lung lobe collapse, but VERY LITTLE pain. Did several days inpatient rehab at another facility, following surgery, CICU, stepdown. Home as of yesterday with only "complaint" being very tired, but insomnia is a bit better and so grateful to have the big hurdle behind me, now. God bless all awaiting surgery! You will get through it and move on to a better life!
Like  |  Bill Gillam, Adam Pick, Judy Shaw and 6 others like this

Susan Lynn  Great news!!! Sounds like you're progressing well! Amazing what modern medicine can achieve! Continued success with your recovery!

LINDA ROBERTS  So happy for your successful outcome!

John Lant  Great news Paul, the worst part is over and now you will be feeling better & stronger every week. Keep up with the cardiac rehab as that surely speeds up the recovery process.

Closer comes the day...
Going into the last 10 days before surgery, I've found myself occasionally feeling unexpectedly alone and a little depressed. Depression is a lifelong issue with me and I've got that under control for the most part, but lately, I've been feeling...well, overly "nostalgic" and disconnected, at the same time. My family of origin is gone (parents both dead, long-term estrangement from an older brother) but my closest friend is my distant cousin, Kristine and I think I have a lot of support in other friends, as well. By and large, I'm looking forward to having the surgery done with and moving forward. So, mostly in a good spot, with occasional gusts of negativity that I suppose are not all that unusual. Physically, while my symptoms have been generally lessened this summer (thanks to an increased dose of Lasix and other ways of taking care), I've lately had more bouts of short-exertion breathlessness that are, at times, unnerving, but my BP is under good control and I'm sleeping rather well, though usually semi-sitting. Friends who have had valve replacements and/or bypasses have all been saying how much better I'll be feeling. I sure hope so. I miss my long, vigorous walks and just doing work around the house, etc.
Like  |  Darlene Smith, Judy Shaw, Joey Hardee and 3 others like this

Marjorie Murphy  What you are feeling is normal. Sometimes I feel like I've got this and a few days later I think 'oh my'. You will do fine. This website is great for support and questions. Hang in there

Helen Daw  Your feelings are totally normal. We all understand exactly how you feel.

Kelly Stoll  Focus on the "how much better" part. Depression is normal, genuine, and that's okay. Hang in there. You will be on the healing side before you know it. ;)

Steven Methot  Paul! Active fellow klutz and green leaf eater. I look forward to hearing your tales of how the surgery went by with flying colours.

Paul Kurf  Thank-you all, so much! My love and best wishes to all of you! Cheers! :-)

LINDA ROBERTS  I understand your feelings. Wishing you total success today with your surgery and you will be so happy to have it behind you.

Bonnie Stone-Hope  You will feel so much better after surgery. Looking forward to reading your posts.

Surgery Scheduled (July 19, 2018)
Well...have my surgery scheduled (barring any unexpected changes or emergencies at the hospital) for July 19. And like so many, I'm looking forward to getting past that big hurdle and on to recovery. Meeting with the surgeon was a bit scary since the testing this week showed that my aortic valve area had really decreased a lot and the coronary arteries had blocked more than I would have expected--meaning possibly 3 instead of 2 bypass grafts. But no matter...I'm buying a 1-way ticket to Betterhealthville and I am most definitely looking forward to that. Still sleeping very well at night--the higher dose of Lasix that I'm on has resulted in no more feeling like I couldn't catch a breath at night, or feeling I was going to "drown" if I laid fully down on my back. Now, I sleep the full night, unless i have to get up to use the bathroom, and that has been a blessing.
Like  |  Phyllis Petersen, Sandy Laine, Kelly Stoll and 6 others like this

Susan Lynn  Paul - you've got the perfect, positive attitude! We'll be right here cheering you on the whole way!!! You're going to be great!

LINDA ROBERTS  You will do great but think it is natural to feel depressed and scared facing surgery. I know I feel that way and surgery is a ways off.

Making Friends with my Future
My bicuspid aortic valve and I were born in Michigan's Upper Peninsula in 1955. My heart murmur was first detected in the 60s and in 1974, I was told that I had an "aortic click" and would probably have to have the valve replaced some day. That wasn't news I took easily but other than high blood pressure, I had no real symptoms, so I put it out of my mind for a long time. After years of doctors either hearing the murmur or not, it finally was of the grade that it was heard at every exam. By the time I was in my early 50s, my HBP was harder to manage and a doctor I was seeing at the time responded by just laying on medication after medication, including a huge dose of a beta blocker. Finally, I got a second opinion, a referral to the University of MIchigan and my first heart cath in 2014 which confirmed the suspected valve problems progressing along with some moderate blockage in 2 coronary arteries. Now, several echos, two T.E.E.'s, and another cath, and I've moved from Moderate to Severe with surgery not quite set, but anticipated in a few weeks. Oddly, that news came as a relief as it ended the sense of waiting for that other shoe to drop--that "when will I have to have this done?" feeling that was increasingly on my mind. And while I'm not exactly doing cartwheels at the thought of the surgery, I feel long prepared for it, in good hands, and feel God has led me to this point, securely keeping me in His care. A former cross-country skiier, avid walker and hiker, the last few years have been progressively more difficult and frustrating and at times, scary. Being out-of-breath for very little reason, not being able to be very active, constantly tired, has made me feel old and decrepit. So, I'm very much looking forward to moving on to a healthier chapter in my life and restored activity.
Like  |  Phyllis Petersen, Nick DeGennaro, Judy Shaw and 3 others like this

Anna Jones  Hi Paul, I hope you will get your surgery date soon, so that you can start feeling better all the quicker.

Rose Madura  Hi Paul. You have a great attitude. I waited "all my life" for the moment and am now happy it is all over. Trusting in God sure helps with the stress. Best wishes and please keep us posted.

Marie Myers  Having symptoms makes it all seem real, doesn't it? You will get though this whole thing, and feel a whole lot better after recovery. Wishing you all the best!

Here's my newest picture!
Me, at the Rock Church in Helsinki, Finland, November, 2017. 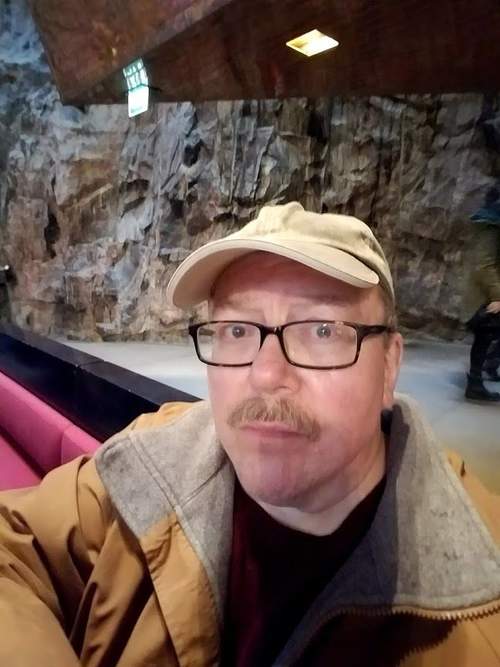 Helen Daw  Going there in August! Hope it’s worth it??

Paul Kurf  Helen, sorry for not getting back to you! Yes...it is worth it. The church is very close to downtown Helsinki--just a short walk from mid-city and the sanctuary is quite beautiful and peaceful.

Helen Daw  Hi Paul, Hope all is well! I did go to the church, and it was so worth it. Thank you. 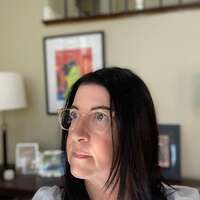 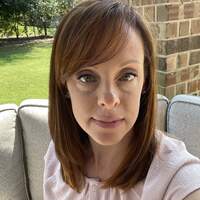 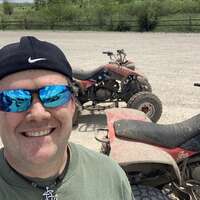