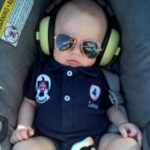 Hello everyone! It's almost been 2 months since I had my AVR surgery in Billings, MT. The first couple of weeks were a little miserable , but nothing compared to what happened in my life 10 days after I came home from Billings. At 4:30 am, I received a call that my 23 year old son passed away tragically. My heart is broken. For those of you going through this surgery, you will make it through. If I could survive the surgery and bury my son , without coming completely apart, God will give you strength too. There were at least 500 people at the funeral, and I was hugged by so many of them. I didn't break, but I was exhausted and sore. The only reason I can come up with for not collapsing is God's grace in the form of family and friend support. I've always had faith, but I have seen first hand that God is with us. One might ask where he was for my son, but I believe his healing for Erik came in God's way, not my way. I have to hold on to the fact that a God knows best. So for those of you recovering, you can do it!!! For those of you facing it, I'll pray for you to have as easy of a time with it as I did. I'll also pray for all of you that all of you won't have to add any extra turmoil onto your recovery. God bless you all!
Like  |  Jeff V. likes this

Liz Burroughs  I'm so sorry for your loss. May God be with you and bring you peace & healing in your body & soul. I'll be praying for you too.

Duane Beeman  There are no words. None.....other than thank you for sharing.

Kelly Weisgarber  I'm so sorry Lora Lee. I will pray for you and your family for continued healing.

Travis Ederer  I can't imagine. My thoughts are with you.

Kimberly Biddick  Lora, I am so very sorry to hear about the tragic loss of your son. You will most certainly be in my prayers.

Lee Anthony Sabala  My thoughts are with you too Lora. Continue Healing.

Tammi Gunwall  I am so sorry for your loss Lora. My heart goes out to you. Praying for continued healing on many levels for you.

Elaine Cutri  My heart is aching. I'm so sorry for your loss. Thank you for sharing.

Sophia Ridley  Lora Lee, I'm so so sorry to hear about your son.

Mary K  My mended heart aches for you, heart sister. Sending prayers of consolation to you and your family. May your son rest in peace in the Lord's loving embrace.

Neil Collins  So sorry for your loss. Going through heart surgery and then losing a child is unimaginable. Your heart must be broken and this heart valve community is here if you need to share your pain..

Lisa Heinen  I'm so sorry - your strength must come straight from your faith.

John Jones  I am so sorry to hear of your loss Lora Lee. You are in my prayers.

Gerald Schaffer  I'm so sorry to hear of your loss. You are a very strong person and you and your family are in my prayers.

Lora Lee Peterson  Thank you all!

My New Vavle
I am the recipient of a bovine valve. Yesterday, the valve or whatever was thumping quieted down, and I could sleep better. Like I said, the first three and a half days I was on oxycodone, so when I got home, my plumbing started working really well. I think I gained about 30 pounds of water weight in the hospital ,but it's gone now, so I am running to the bathroom less for that. Actually, I'm quite sure I wasn't running. There's no running in my future for awhile. I found out that the health care providers all want you to get well (usually), but the all have different ways of conveying it, so sometimes I thought they were being a little hard on me, considering that I just had heart surgery. One of the cockiest surgeons, not mine, actually helped me get moving the most, or I probably would still be In the hospital. He told me to walk every hour and do my spirometer every hour, and when I started that, combined with getting off oxycodone, I started doing much better. I can't say that I was really loving him at that moment. Mine was just a valve replacement, thankfully no blockages. The reason I had to be on the ventilator so long after was because my ph was high. Then my blood pressure cratered after they took me off, and that was another issue, so I spent 3 days in ICU. I could've tried to go home Monday, but I knew I wasn't ready, so Tuesday morning, we hit the interstate down the middle of Montana, stopping every hour, so I could walk around (mostly use the bathroom). I was really wore out the next day, but I also had come down with some frequent loose bowels. I think my body was flushing out a bunch of stuff. I'm good now. My husband tells me I seem less tired that I did prior to the surgery, even thought I get tired out from healing. I actually have been able to stay up past 9 pm without falling asleep. Good Luck to all of you future valves! God will take care of you!
Like  |  1 person likes this

Lora Lee Peterson  Thank you John! I am getting what you mean about not getting ahead of my healing. Thank you for your kind note! :)

Eddie Patton  Great news and sounds like you are off to a great start. Just take a day at a time some will be better than others.

10 Days Post OP
I am happy to be reporting in after 10 days of ignoring the computer. I am happy to report that I really didn't have much pain, and still don't. The worst part was being awake for the extubation, and being awake for 8 hours of that, although, I'm sure I must've been sedated for part of it, or I would've been pretty antsy. It's unfortunate that I remember it all, but I do. That being said, I used oxycodone for the first 3-1/2 days, and than extra strength Tylenol as needed, so al in all, it wasn't too bad of an experience. I think I had more pain with my knee surgeries 5 years ago, but everything about this surgery was way more scary to me. My daughter is a nurse, and has worked on the cardiac floor after ICU, so she was and still is a huge, huge factor in my speedy recovery. It helps to have someone come home with you that knows what you're suppose to be doing and how to do it, and she is very compassionate and patient and encouraging. God has blessed me way more than I deserve, and I thank HIM!! In addition to my daughter and my husband, my son and his wife, and a sister-in-law and daughter-in-law made the 6 hour trek to Billings, MT to support me and each other, so that was wonderful! To everyone else who has kept me in their prayers, God bless you all!
Like  |

Lynne Ladd  Great news Lora Lee!! Sounds like you are doing amazing! Good to hear from you! Keep up the effort, as your body heals, you will be up and about in no time!!! God bless you!!

Jean Raber  Good to hear from you and glad you are on the mend. Getting rid of that water weight must be a relief!

New Aortic Valve on August 20th!
My surgery will be August 20th. I am actually excited to get it done!
Like  |  Kelly Weisgarber, Susan Wozniak, Rafael Martinez and 1 other likes this

Setting the date....is moving forward! It will be great for you to be "on the other side"!
God Bless You....

Kathleen F.  Good luck! I felt the same way and it worked out great. Wishing you all the best too!

Arlene Coloma  Lora thank you!i certainly say that you have a lovely family too.

Gerald Schaffer  I feel the same as you. I'm scheduled for August 26 and I'm hoping it corrects my shortness of breath. I wish you nothing but the best and pray your surgery and recovery goes smoothly.

Dan D.  Yes, get it over with and start recovering. The anxious waiting does no good. Best wishes to you and your family.

Lora Lee Peterson  Gerald, we are going to do just great, I'm sure of it. How can we not with this heart family cheering us on? I wish you the best too!

Mary K  Happy that you have a date. We are all with you.

Jean Raber  Lora Lee, your support on this line has meant a lot to me, and I will be with you in spirit all day tomorrow! Write us when you're on the other side. Be well and don't take any guff.

Gloria Savannah-Austin  Hope you are doing well.....and are on the other side of this and healing fast. Thinking of you and sending positive energy.

Ginger Marine  Hope you are starting to feel better! I am thinking about you!

I went to BIllings last week for another echo and CT, and everything looks the same, but the cardiologist said I might as well schedule the surgery anytime now. I'm looking at early August.
Like  |  1 person likes this

Kimberly Biddick  How is your aorta looking? Will it be replaced too? 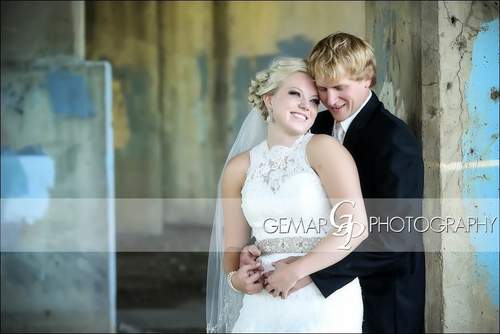 Here's my newest picture!
4 Generations and my sister at my son's wedding 10 days ago! Happy for heart valve surgery coming up to make sure I can have more of these pictures taken! 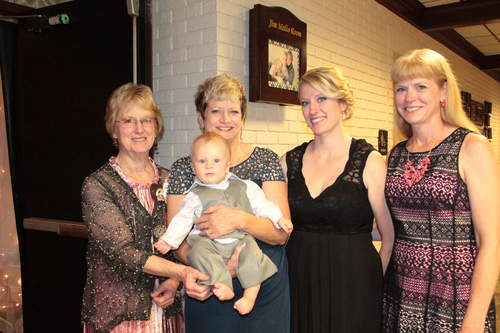 W. Carter  Super fine looking family! Good luck on your August surgery. And believe me there will be plenty of new pictures to be taken and a whole NEW life to enjoy. :-)

Great picture! Yes....It will be good to get the surgery behind you. God Bless You.

Thinking of Jeanette and John tonite while they prepare for tomorrow! I wish you peace !
Like  |

This is a question for people with symptoms. Lately, I've been having mild chest pain and shortness of breath at different times, and I really don't believe it's anxiety, like the ER doctor told me. However, another thing that's been happening is severe night sweats, and I'm wondering if anyone else experienced that prior to surgery? I don't have a fever, so I wouldn't think it's an infection.
Like  |

Lora Lee Peterson  Thank you Mary! Your advice is the best advice!

Mary K  You are welcome, heart sister. Why are you waiting six months for surgery, may I ask?

Kelly Weisgarber  Hi Lora Lee, I Sometimes wake up sweaty too. I read this can be a symptom but can't remember where? I am 47 so could be menopause for me.

Lora Lee Peterson  Well, I'm 52, so it could be menopause, but I don't think so. I just thought I read something about that too.

Lora Lee Peterson  Correction: Since I haven't been monitored prior to March when I found out I have severe bicuspid aortic valve stenosis.

Lora Lee Peterson  I called the cardiologist, and he wants to see me July 2nd. I think this was the right move.

Petey Bello  Def a good move to get some answers! Good luck at your appointment! I know I will feel better when I have a plan, I do not like being in 'limbo' ... 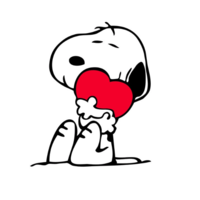 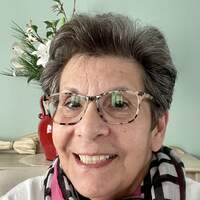 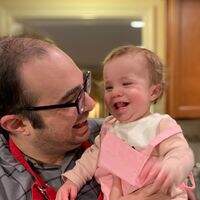 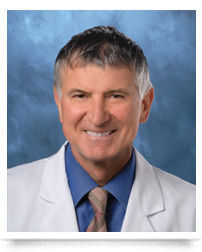