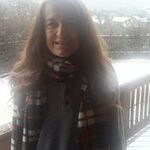 Send Linda a note
My Journal

Hospital called and moved my surgery up! Anxiety level very high still. Read about all complications and worried about them. My niece had the same situation severe aortic valve regurgitation aneurysm, and irregular heartbeat took medication and is about to pass on. I just feel like I am between a rock and a hard place!
Like  |

Rose Madura  Try to remember that the odds of success are greatly in your favor. These doctors are very talented and do this every day. Best wishes and God bless you.

Peter Linn  What Rose wrote is correct. Probability of success is very high. Hang in there, you are not alone.

Joe Tarango  Stay strong Linda! That’s great the surgery was moved up. You are in good hands and will do well. I pray for my brother and sister heart warriors. May God Bless you!

Linda Alsdorf  Thank you all so much for the support! MayGod bless each and everyone of you! Just can't get a handle on it but I must!

Just got my diagnosis of severe aortic valve regurgitation, aortic aneurysm, and irregular heartbeat and I am so scared! Any suggestions!
Like  |  1 person likes this

The reimplantation valve-sparing aortic root replacement technique for patients with Marfan syndrome: A single-center experience
https://www.nature.com/articles/s41598-019-48572-9?error=cookies_not_supported
Valve-sparing aortic root replacement (VSARR) through reimplantation technique is widely regarded as optimal surgical approach for Marfan syndrome (MFS) patients. Perioperative and long-term data from all MFS patients undergoing VSARR using David’s technique at our center from 2007–2018 were analyzed. We included 56 patients with a mean age of 32.3 ± 12.3 years. Logistic EuroSCORE was 7.96 ± 5.2. Among others concomitant surgical procedures included aortic arch surgery (8.9%), mitral valve repair (23.2%) and replacement (1.7%). There were no operative deaths, nor in-hospital-mortality. One patient underwent re-exploration for bleeding, dialysis and pacemaker implantation was required in one case each. There was no occurrence of low-output syndrome nor neurological complications. Significant gender differences were not found, except for intraoperative blood transfusion occurring significantly more often in the female gender (p = 0.009). Despite significantly longer procedural times, concomitant surgery did not negatively impact overall outcome. Freedom of reoperation of the aortic root was 100% at 1 year, 97.7% at 8 years. Until last follow-up (61 ± 38 month) all patients survived, with no evidence of endocarditis. We emphasize once more that VSARR using David’s procedure is a safe method for MFS patients with excellent long-term results even if concomitant procedures are performed.

Richard Munson  My wife has accused me over the years of being heartless but my surgery proved i had one.

Adam Pick  Hey Linda, I literally just posted this video. I hope it helps answers some of your questions. https://www.youtube.com/watch?v=_dR66_iUx9E

Aortic Valve Disease & Aortic Aneurysms: What Should Patients Know? (with Dr. Joseph Bavaria)
https://www.nature.com/articles/s41598-019-48572-9?error=cookies_not_supported
https://www.Heart-Valve-Surgery.com - Patients with aortic valve disease are often (and unknowingly) diagnosed with an aortic aneurysm. This bulging of the ...

Linda Alsdorf  Thanks for everybody support! . Please keep me in your prayers! 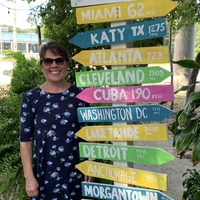 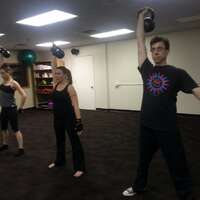 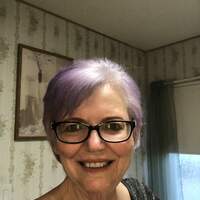