A Look at the Advancements in Heart Surgery

The world’s very first heart surgery was said to have taken place only a little more than a century ago. Today, it’s almost common place, with millions undergoing surgeries like cardiac catheterizations, coronary artery bypass grafts and valve related procedures. 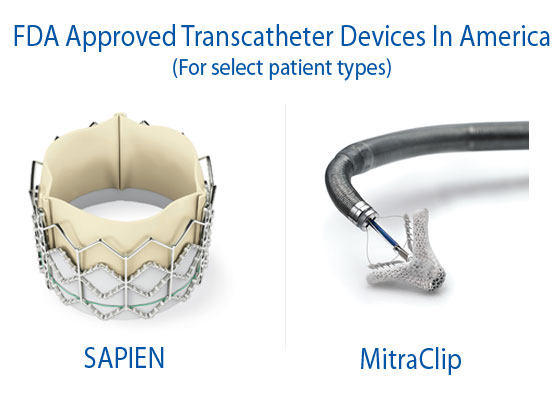 Back in 1893, medical textbooks stated that operating on a human heart was too dangerous, but a physician by the name of Dr. Daniel Hale Williams decided to take the risk without the benefit of X-rays, antibiotics, proper anesthesia or other modern surgery tools. His patient survived and was discharged almost two months later; the operation is now widely considered to be the first successful open-heart surgery.

Since that time, there have been many advances in heart surgery.

The introduction of a heart-lung machine in 1953 was a major milestone in heart surgery, but it was still considered extremely risky with only 1 out of 5 patients surviving at the time. Since then, the machine has significantly improved, developing into the sophisticated piece of equipment we know today. For over three decades, the heart had to be stopped during bypass surgery but in more recent years new pieces of equipment that stabilize the heart have been created, allowing surgery on a heart that is still beating.

The first successful bypass surgery took place some six decades ago, but this procedure is said to have remained fundamentally the same. There have been major improvements in the quality of the equipment and instruments, but the biggest change in the procedure is said to be how veins are harvested in order to replace afflicted arteries.

Traditionally, veins had to be surgically cut from the patient’s legs or arms, which often left long and disfiguring scars. Some patients also suffered from severe leg pain that was said to be worse than the pain that resulted from bypass surgery.

All heart procedures require recovery time that may last weeks or months. In the initial weeks following surgery, rest is important to promote faster healing. In the past, when a patient developed a minor ailment while recovering, they were required to leave home to go to their physician’s office. Thanks to the Internet, advancements have even been made in how a patient can visit their healthcare provider.

If you come down with a condition after your procedure, you can use meMD to talk to a doctor from the comfort of your own home without the hassle and the stress of actually going in for an office visit. In some cases, patients don’t have to disrupt their rest and heart surgery recovery by connecting to health providers online for personalized medical treatment. If a prescription is needed and medically appropriate, an e-prescription can even be submitted to a local pharmacy.

Traditional valve replacement can be strenuous on a frail or weak patient. Instead of traditional open-heart surgery using an incision to the sternum or chest, a transcatheter aortic valve replacement (or TAVR), is a less-invasive option that cuts back on the strain and recovery time for patients. According to the American Heart Association, this procedure replaces the damaged heart valve without removing it completely. The new valve wedges into place and eventually pushes the old valve out of the way. TAVR is a recent development in heart valve surgery that could create a significant difference for high-risk heart patients. A study by the New England Journal of Medicine found that this new procedure reduced the mortality rate by a staggering 45 percent in 358 patients with severe aortic stenosis. This new procedure could be a “game changer” and may potentially revolutionize cardiology, according to the University of Rochester Medical Center.

Another interesting device that just received FDA approval is the MitraClip. Similar to a TAVR, the MitraClip does not require an incision to the patient’s sternum or ribs to repair the mitral valve. You can learn more about the MitraClip by clicking here.

Today, there also are more minimally invasive procedures, allowing successful surgeries with smaller incisions including safe robotic techniques for mitral valve repair. This can significantly reduce recovery time as well as reduce scarring. Although post-surgery pain is said to be about the same for minimally invasive valve replacement as compared to traditional surgery. According to the Cleveland Clinic, minimally invasive procedures also may offer a reduced risk of infection, decreased bleeding and a shorter hospital stay in addition to a reduced recovery time.

Join 650 Patients This Thursday on the “Advances in Aortic Valve & Aneurysm Surgery” Webinar!

Hi everyone. I've just joined the site and already feel a little more