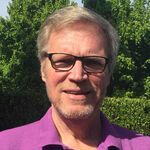 Send Jeff a note
My Journal

When my wife and I visited with the surgeon on Wed 9/2, the day after the Angiogram, his first question was: "Tell me what a normal day of activity is for you." We didn't understand and asked him to elaborate. "With what I see in the imaging we've done on you, I am quite surprised you've not reported any heart-health-concern questions." As I posted earlier, the only "symptom" know was my high & low BP caused by Aortic Regurgitation. Endurance, strength, high-activity, swimming, conditioning, etc. has never been a problem.

My procedure was on Fri 9/4. Went quite well. Aortic valve replaced, Mitral valve repaired and a triple- (instead of Double-) bypass.

During ICU recovery the good doctor stopped by to inform me my condition had been congenital; with me since before birth, manifest only by my age (now: 64) . . . and he was still surprised I had been asymptomatic. (I guess we don't know what we don't know - eh?)

Anyway - discharged 6 days later. Am at home feeling better every day, enjoying doing VERY little for the next several weeks.

So here's my question.

Who, if you would care to post, found out their condition was congenital; previously unknown?

I for one, have moments of deep introspection that things could have gone very, very differently for me during my hyper-active high school. then college, then beyond "more youthful days (you know, right? When "Stupid Pills" were in no short supply?)

Katheryn Applegate  Hello Jeff,
I have BAV and did not get it properly diagnosed until my 50’s. Surgery scheduled Sept. 21. I too have been asymptomatic. Fatigued now, but still walking, bike riding, kayaking, etc.

So . . . visited my CV Surgeon yesterday. Surgery scheduled for tomorrow morning. From Angiogram done two days ago, we confirmed Aortic valve replacement and Mitral Valve repair. Newly discovered however, is the need to include a double-bypass. LDA appears 70% blocked. Had no clue! Other than my high systolic and low diastolic BP numbers (often a 100+ point difference, characteristic of Aortic regurgitation), I've had NONE of the usual and customary heart disease symptoms.

Looking forward to the "Jeff 2.0" with normalize BP which ought to relieve a whole bunch of things I didn't know that I didn't know.

Darrin Vohs  Best wishes Jeff. It sure looks like you are getting your money's worth! I am looking forward to hearing from Jeff 2.0

Susan Lynn  Jeff - We'll be thinking of you tomorrow and sending you positive thoughts and prayers. We'll be ready to welcome you to recovery! All the best! ❤

So ... I thought long and hard whether to post this before, or after my upcoming surgery. But (1) now that my care has been transferred to the Thoracic Surgeon and (2) this frustration continues to gnaw at me, I've elected to get it out now and ask the community for its collective opinion.
My primary condition is Aortic Regurgitation requiring valve replacement. I've had high systolic and low diastolic blood pressure for at least the past 20 years, that tracked with my excessive weight, that had not been flagged until 6 months ago - perhaps due to my age (64) the condition didn't manifest all that much until this past year. But I digress.
I've learned that declining to take a statin does not endear one to their cardiologist. In my case, after declining several times during consultation, my cardiologist said he takes a statin. Shocked, I asked: "Are you in good health? And if so, why would you medicate for a non-existent problem?" (Yet another way to discourage endearment.) He said he did so as a preventive as his family has a history high C.
So I replied: "Okay, so with my C level running pretty steady at 175, which is below the 200 recommended threshold, when my valve is replaced, eliminating the regurgitation, my blood pressure will normalize and eliminate the need for ANY medication - right?" (Have I mentioned that I might have an issue with endearment?) His response: "Yes, your BP will normalize, but that doesn't mean you shouldn't be on a statin." I thanked him and again - declined.
On a subsequent tele-health session he asked if I would be open to another BP-lowering medication that wasn't a statin. I said I would and he prescribed Metoprolol @ 25mg, daily.
“That’s odd”.” I thought after picking up the medication from the pharmacy. The drug information sheet had not been included. So I Googled it. What I saw SHOCKED me. That medication has an FDA Black Box warning to not go off the drug without medical supervision because of the resulting risk of a heart attack!
When I raised this with the cardiologist via MyChart, his response was: "Don't worry. That's only for people who are on high dosages." And he immediately cut my consumption order in-half.
At the day's end, well after I'm off all post-op meds and my BP has normalized, my wish is to get off the Metoprolol, and HTCZ as soon as possible. BTW – while there’s been no change in my BP levels, my resting pulse rate has gone done 10% to (avg) 53 bpm.
Finally, I remember watching a YouTube of a retired doctor who said today’s doctors can be sued for not prescribing a statin.
Overall, I’m kind of thinking I’m nothing more than a non-descript member of the herd.
Kind regards to all.

Ana Brusso  Sorry for the typo. I understand now. There is another lady on this blog that doesn’t take it either for her own reasons too. Thank you for your very clear explanation.

I have a cardiac score of zero and my cardiac catherization indicated clear arteries. I suggest you read the book, The Great Cholesterol Myth -it's written by a PhD and MD and gives the other side of the story and specifically outlines the dangers of taking statins. My mother damaged her pancreas taking a statin and spent the rest of her life on insulin. She also didn't have any heart blockages.

The thing that we have to remember is that the medical profession looks for commonality among patients in order to predict events and to form hypotheses about what might lead to disease. But, it is not an exact science. I have no doubt that many people with high cholesterol have heart issues, but the reality is, many people with normal cholesterol also do. My preference was to look at my own family's genetics, my mother's adverse reaction, and made an educated choice to refuse this medication. The decision you make should be yours and consider all the facts. Good luck! 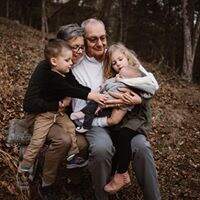 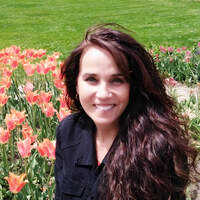 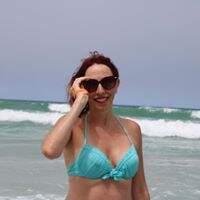