In the past, we’ve discussed how patients, like Sylvia Woolworth, got physically and mentally fit prior to heart valve surgery. Specific to this topic, I recently opened an email from Dr. Michael Baity, a retired dentist from Michigan. Dr. Baity just had aortic valve replacement surgery at the Cleveland Clinic. Here is what he wrote to me:

Hi Adam – I live about 450 miles north of Cleveland, way up by the Mackinaw Bridge (Michigan).  I am retired but was a dental specialist (Periodontics). I also taught graduate Periodontics at the University of Michigan, part time, for fifteen years, so I have had a lot of academic medicine as well as clinical practice. 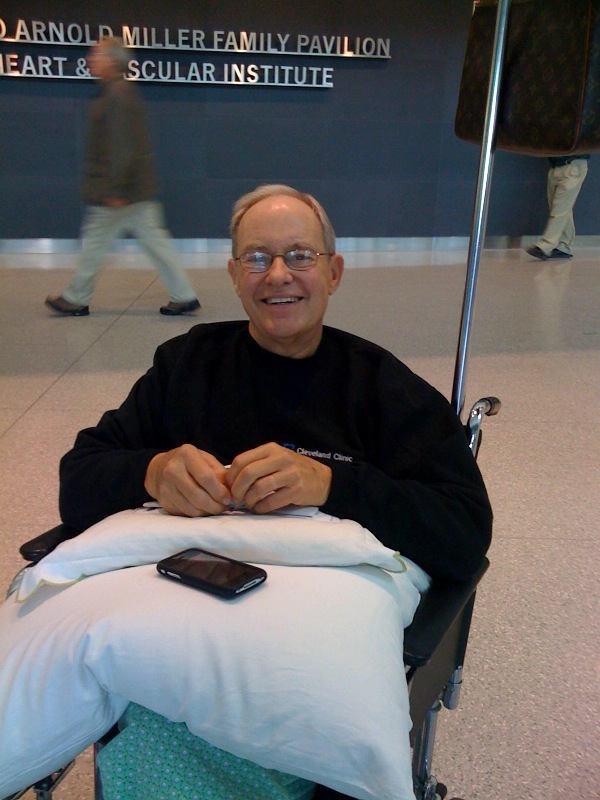 Specific to heart surgery, distance from my home was not a consideration… experience and safety were.

My cardiologist, Dr. William Stewart, who has published over 180 articles on valvular heart disease, told me I had moderate to severe aortic stenosis and calcification of the aortic valve after an echocardiogram. Although the valve was diseased, Dr. Stewart suggested that surgery was not an immediate concern. Instead, he suggested that we monitor the stenosis with regular echocardiograms.

After my examination, Dr. Stewart put his arm on my shoulder and said, “Here is what ‘we’ are going to do… I want you to read The Miami Mediterranean Diet written by Michael Ozner. Eat minimal saturated fat, no fast food, no deep fried food, no butter… As a matter of fact, just don’t eat anything shiny.”

Then, Doctor Stewart asked about my exercise. I proudly told him I walk my dog three miles, five days a week. Doctor Stewart was not impressed. He suggested more aerobic activity and upper body conditioning. The cardiologist told me he wanted to see me in a year. Dr. Stewart also suggested that I would lose a significant amount of weight – which would reduce my surgical risk.

One year later, I lost 20 pounds and was in the best physical shape ever.  It was the best thing I have ever done for myself.

Then, came the surgery. The surgery was mostly a breeze – except for that infamous second day (e.g. nausea, etc.).  I was walking on day three and discharged the morning of the fifth day. If anything bothered me after surgery it was muscle spasms in my shoulders. I was tired the first week but now… I have more energy than before. 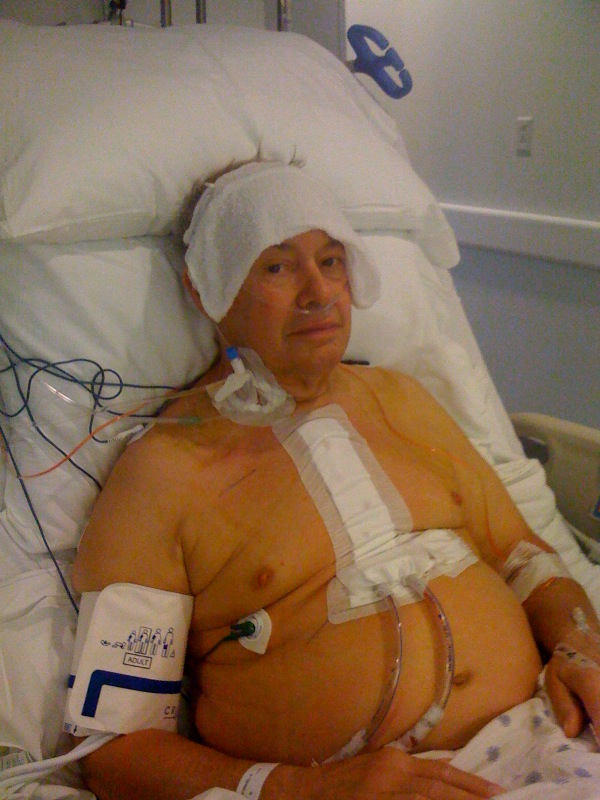 Dr. Baity – One Day After Surgery

My surgeon was Dr. Kenneth McCurry. Prior to coming to the Cleveland Clinic, Doctor McCurry was head of pediatric and adult heart lung transplants at The University of Pittsburgh for ten years.

While discussing the type of incision to be used… Dr. McCurry he asked me if the post-operative scar would bother me. I told him to make whatever incision he preferred. I wanted Dr. McCurry to have the best access to my heart and perform the surgery as well as possible.

Dr. McCurry chose a median sternotomy with a 6 and 1/2 inch incision. Now, I am just three weeks post-op and the incision looks really good now. I was in the surgery area for nearly five hours. My calcified aortic valve was replaced with an Edwards valve. Doctor McCurry exudes a quiet confidence. I was very impressed.

I hope my comments have been useful!

Thanks for the great efforts you are making on behalf of valve replacement patients.

Ana, i got my ct scan back and i just sent out a couple of grumpy

Richard says, "Ana, i got my ct scan back and i just"
Read more

Steven says, "It is a raging blizzard out there and my"
Read more