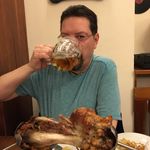 Send Michael a note
My Journal

Here's my newest picture!
So... anyone else had a pseudo-aneurysm of the radial artery, or am I really THAT unique?

Joey Hardee  Dang Michael! Sorry man. Hate to see you back in the hospital. Hope they get that straightened out quick for you and you keep on going with that recovery!

Mike Roskowinski  No I have never heard of that. Sorry to see your back in the hospital. Hope everything else is going well for you.

Here's my newest picture!
Today, having an energizer juice at Joe & the Juice close to Mount Sinai, after a follow up visit with the surgical team. Still a few little kinks to iron out, but nobody would guess this is a guy who just had the surgery and complications Mike had such a 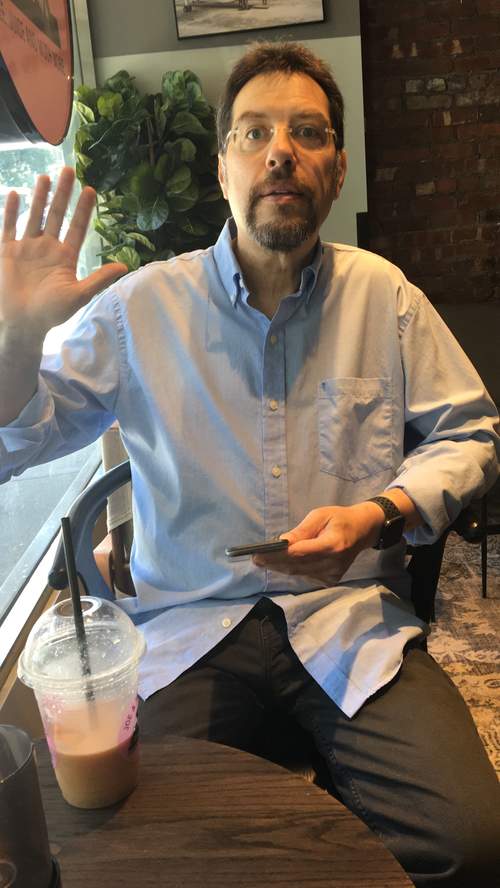 Susan Lynn  That's for sure!!! He looks fantastic! To steady and continuous progress in your recovery!

Frank DeGrazia  Andrea and Mike
Great team effort on these past couple of weeks Looking great Mike! Wishing you nothing but “smooth sailing” from here on out

Mike Roskowinski  Looking good. Amazing how our bodies can bounce back from these surgeries so quickly.

Going home today! 🤞
We’re waiting for the last few clearances, but it looks like Mike will be coming home with me today. It’s been two weeks in hospital, and each day after the initial scare brought major improvements. When all is said and done, even with the issues we had, the outcome has been very positive, we both can already notice big results! 👍
Like  |  Peter Eglinton, Kaaren Carone, rich monoson and 14 others like this

Adam Pick  Fantastic Mike! So happy for you!

Catie B  Awesome news! Hope it's all smooth sailing from here...

leslie terjesen  Awesome!!!! You'll be back to your self before you know it. Four MONTHS for me and it's becoming a distant memory.

Mike Roskowinski  Awesome news Michael. 2 weeks in the hospital seems like months. Glad to hear you get to go home.

Here's my newest picture!
Finally out of ICU! Took a week longer than expected and was a much scarier ride, but we got here eventually. Onwards with recovery, full steam ahead! 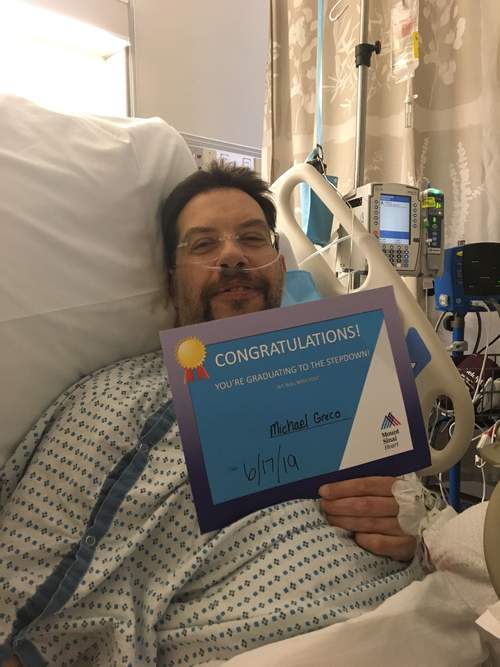 Catie B  Woo hoo! Congratulations, for sure!!

Naomi Gray  Right on, Mike! Great news! Andrea, Mike is so fortunate to have you as a partner. You guys are such a great team!

Michael Greco  Thank you, everyone. We’re both lucky to have each other, we do make a pretty great team! 🥰

Scott Ainsworth  Your a star Michael! Upward and forward from here on mate!

Out of the woods!
Andrea again, with wonderful news! One more time, I want to thank everybody here for all the kind words and encouragement over the last few days. It was a nasty, scary surprise after another, but finally today things are looking up. Mike is awake, and able to breathe on his own. It is such an immense relief to be able to hear his voice again, even if he sounds hoarse after days with the breathing tubes down his throat. I have my husband back, and he can answer and squeeze my hand back, and all is well. I am so grateful, I don’t know how to put it into words.

Dialysis continues, and will for a few days, so the road ahead is still a bit longer than we packed for, but so what? The first big hurdle is past, the rest will follow. I can now get my PhD in Nagging, as he needs to exercise, talk, cough, breathe, and move around to get better, and I’m up to it, and so he will be as well.

Walking is a little further down the line yet, as we have to wait for dialysis to end before attempting to stand since the port is in his groin so they don’t want him bending the leg. We’ll get there too. Today is a wonderful day!
Like  |  rich monoson, Tom McDonald, Joey Hardee and 8 others like this

Tom McDonald  Great news, Andrea and Michael. Continued improvements for Michael and his recovery. One day at a time!

Joey Hardee  Awesome news! Been hoping for this update, Andrea! Thank you! Answer to prayer. Things will get better from here I am sure.

Joy Vera  Such good news, Andrea. Glad to hear he's making so much progress. As you said, today is a wonderful day!

Rose Madura  Great to hear! I'm sure it's a relief to both of you. Good luck with your nagging! LOL! AND best wishes for a full recovering for him.

Susan Lynn  Incredible news!! I'm so thrilled for both of you. Don't worry about nagging- a little encouragement never hurt anyone. Wishing Michael continued momentum with his recovery. ❤

Catie B  Beautiful news! I'm so glad for you guys!!

Dan Baltazor  Great to hear of his improvements. Hang in there and just keep going!!!

OK, so we’re taking the scenic route...
This is Andrea. I see the progress and know it will continue, but we’ve had some hiccups and could use some encouraging stories from those who may have encountered similar issues.

Mike’s surgery went wonderfully from the cardiac standpoint. Both the mitral and tricuspid valves were repaired, and everyone is well pleased with that outcome. One doctor described the difference in his before/after heartbeat as “sounding like a new person,” and I, who have been happily dancing to that loudly arrhythmic sound for over a decade, agree.

Where things get unexpected is that Mike’s lungs decided to throw a curveball mid-surgery, and start spasming, in something similar to a very severe asthma attack... which he does not suffer from. The first two times they tried to help him wake after surgery, those attacks repeated. The last was at midnight the night after surgery, and it was decided then that a better approach would be to paralyze him, keep him intubated and on the ventilator to allow the lungs more time to recover, and give him Benadryl, treating it as an unexpected anaphylactic reaction to an unknown allergen. It appears to have worked: although no further attempt was done to wake him since, no new spasms have taken place either.

They stopped administering the the paralyzing agents yesterday, his blood gasses continue to stabilize, as the CO2 levels were initially concerning, and all numbers slowly are moving in the right direction. But his kidneys were having trouble with processing all the excess fluids and strong meds, and are not keeping up with the workload. He’s quite swollen, and there has been talk of temporary dialysis to help things move along.

So, as of now, he has been getting lots of rest, slowly moving towards consciousness (the nurses and I were inordinately proud of him yesterday when he started fluttering his eyelids in response to my voice, if things continue along these levels of enthusiasm, there may be a full-on parade with marching band by the time he actually wakes!) and from a cardiac standpoint, very stable. But that transition to wakefulness is taking longer than hoped for, and it appears his body has decided on the longer route to recovery. But we’ll get there yet!
Like  |

Marie Myers  Wow! That is a rough trip, both for you and Michael. Prayers for you both that things stabilize and move in the right direction. He has been through so much!

Shannon Gray  Many, many prayers! Oh, how hard this been for you both. Hoping the worst of it is behind you.

Dan Baltazor  Sorry for the hiccups. Prayers to you both.

Nicole DuPont  He will get through this! Hang in there and know he’s in the right place getting the best care. Sending many healing thoughts and prayers your way.

Joy Vera  He is fortunate to have you by his side through this challenge. My thoughts are with both of you.

Michael Harman  I'm at 2 months recovery and heading out from Reno Nevada to Pismo Beach for our summer get away the 21st of June.

Kaaren Carone  Hope things are improving, thinking about you both.

Somehow, the “Upcoming Surgeries” ribbon appears to have gone away from my newsfeed. Any clues how to get it to display there again? I don’t see that as an option in my profile, and can’t find any other setting I could tweak. Thanks!
Like  |  1 person likes this

Michael Greco  Thanks Diane! I’ll try that. I now remember I had noticed it there on a few journal visits before realizing it was gone from mine. 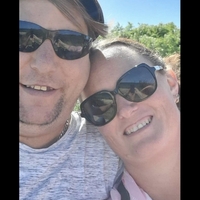 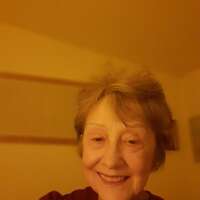 Miriam says, "I'm planning on trying to get into the Cleveland ..."