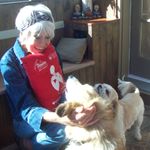 Send Jeannette a note
My Journal

Bonjour! I just want to let those know - who had a pacemaker implanted after heart surgery and wondered what happened - that you might find some answers you’re looking for, thanks to Adam!

After hearing a few days after OHS that I would most probably need a pacemaker, I was in shock and asked what happened. I had done a lot of research and asked a lot of questions to my surgeon, but leaving the hospital with a pacemaker was the last thing I expected. I was not given any explanation at the hospital besides the fact that the upper and lower chambers did not connect. I did not ask other questions but wondered later on what happened. When two cardiologists mentioned the heart’s electrical system close proximity to the aortic valve as a possible cause for the heart block, I figured that’s what happened. Perhaps it did, but now I’m aware of other possible reasons.

Like many of you, I enjoyed very much watching the videos Adam posted on Oct. 15 following his “Ask Adam Anything” Facebook LIVE series during the recent Heart Valve Summit. All three videos are very informative, but I especially enjoyed watching the #2 video in which Adam asks Dr. Steve Bolling…“What causes the need for a pacemaker after heart surgery?” The question was sent in by Susan Spearey. Great question, Susan!

This is the first time I’ve heard such an in-depth explanation of why some people need a pacemaker after heart surgery. Having had a bicuspid aortic valve, it all makes sense.

In closing, thanks Adam for continually supporting “your” community and for being our voice. There are lots of people who have founded websites, but few are as involved as you are. Merci!

I was at the hospital for 10 days, not counting the day before and the day of the surgery (Sept. 28, 2016). l went straight to my room from the Surgical Intensive Care Unit; I had no pain whatsoever and thought everything was going well and that I would be out in a few days. Then, I found out about the pacemaker (implanted the day before I left the hospital). The temporary pacemaker (bulky and heavy) went haywire (pun intended) and I fainted in the bathroom. Like you, the unexpected nature of getting a pacemaker was hard to take (still to this day). I even joined the Pacemaker Club, thinking people’s stories would make me better accept the pacemaker…it hasn’t worked! I had lung surgery (removal of a rare non-cancerous fibrous tumour) nine months to the day after heart surgery and the combination of the two has been a hard pill to swallow. I used to be the type with the glass half full, but it has been half empty for quite some time. I’m hoping to fill it up again soon!

Paris must be so beautiful at this time of year. I was there twice, the last time was in 2000 (my brother lived there for 14 years). Yes, a glass ¾ full would be nice! Bye for now.

Here's my newest picture!
Celebrating my 70th birthday (2014) at my brother's place. 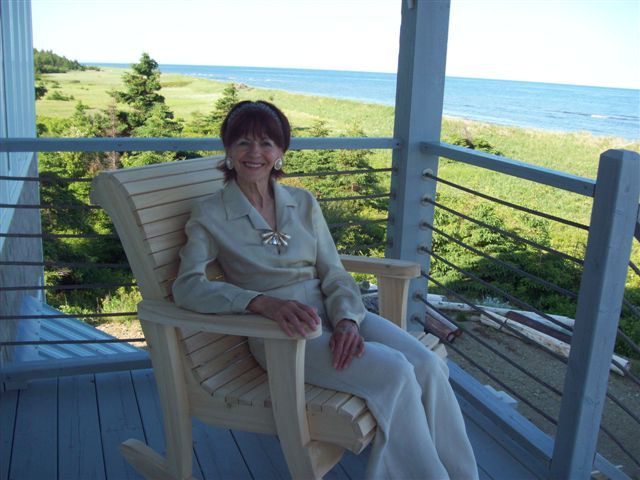 Here's my newest picture!
Hundreds of trees were damaged during the ice storm and mine were no exception. 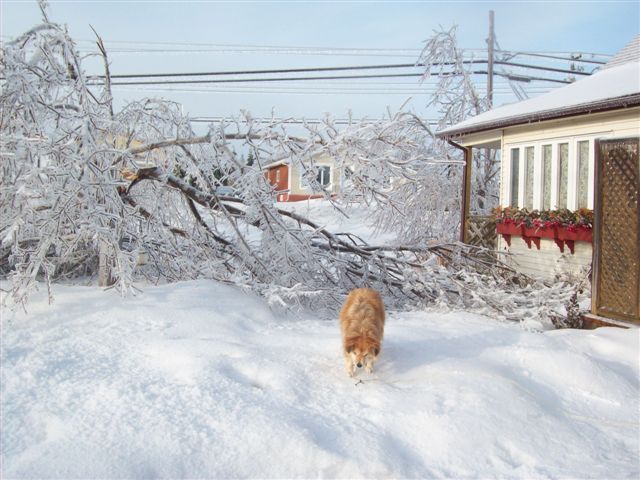 Here's my newest picture!
Being watched while taking their Christmas gifts out of the cupboard! 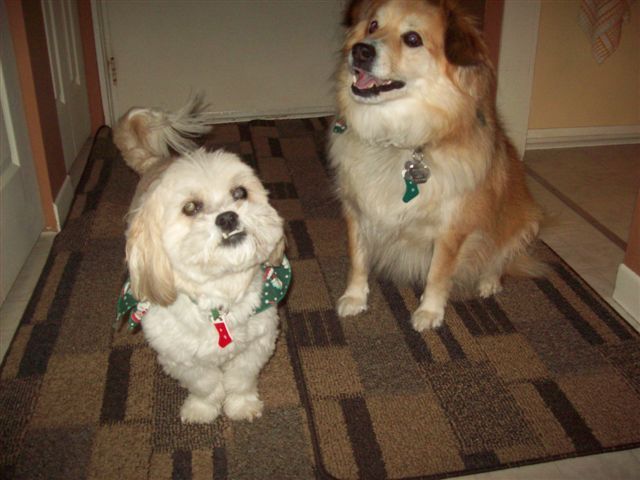 Cathleen DeWitt  You are their angel mommy!! ❤️🐶🐾🐾

Here's my newest picture!
Keeping Timote warm during the ice storm of Jan. 25, 2017. I was without electricity for eight days. 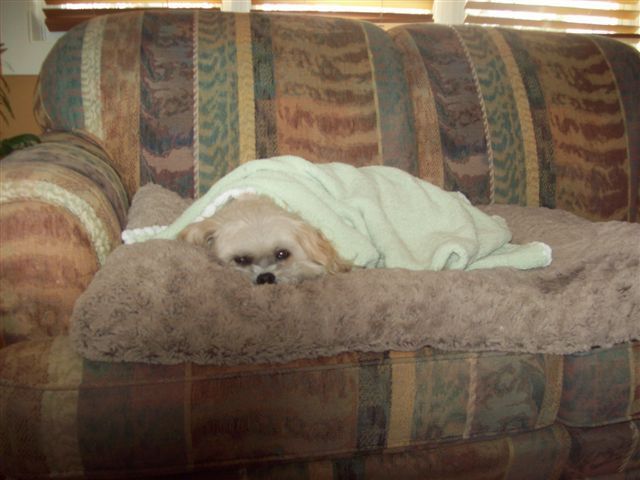 Marie Myers  Love that picture! Cute as a bug In a rug....

Jeannette McLaughlin  Thanks! Marie (I never heard that expression before...love it!)

Jeannette McLaughlin  Thanks! Matthew. He stayed under his blanket for hours!

Here's my newest picture!
My heart tonic for the day! 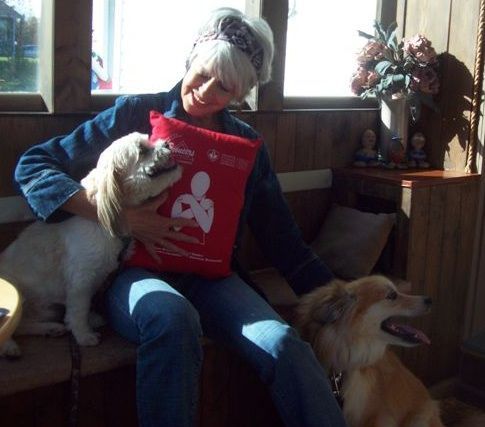 Barbara Wood  Smiles all around- love it!! 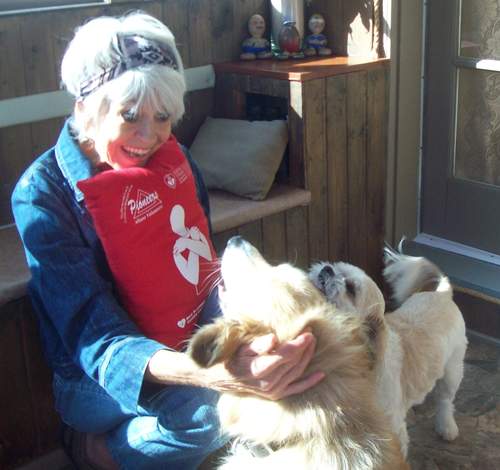 I came well prepared with a list of questions and was glad to have this opportunity to get some answers. The report of the echocardiogram I had at the end of December shows that my bovine aortic valve is functioning normally (my ascending aorta was also replaced with a homograft). I’ve been feeling great since the surgery and was glad to hear that all is well in the heart department. I didn’t participate in a Cardiac Rehab program, but have been going to a gym for two months.

Those with dogs or cats know that pet therapy is the best remedy to heal a “broken” heart! I had to leave my companions with a petsitter for close to a month and longed to see them. What a joy it was to reunite with Max and Timote (on the right) two weeks exactly after my surgery, even if only for a short while. A picture is worth a thousand words…and this one is no exception!

Matthew Russo  Wonderful news Jeannette and what a beautiful photo!!

Jeannette McLaughlin  I don't know what Stacey's post is doing on mine (as well as on other posts). Does anyone know how I can remove it? Thanks.

Civita Fahey  I think its a hack..

Jeannette McLaughlin  I think you're right Civita 'cause Stacey doesn't have a heart story like ours. Hers is related to a broken heart that was later fixed. I sent a note to Adam.

Ben Hyman  I just sent Adam an email regarding this scammer. Really annoying when trying to recover from surgery

Here's my newest picture!
A touching reunion with my furry friends (at the petsitter)...15 days after my OHS. 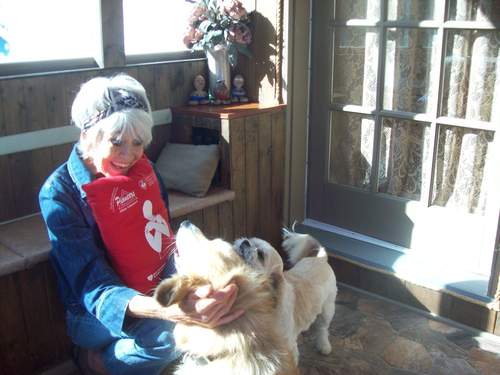 Susan Lyons  Missing my sweet kitty, my friend is going in and visiting her but she is a Mama's girl.

Amy Steele  They look so happy to see you! What a wonderful reunion.

Catie B  Gorgeous! I had a furry reunion tonight. It means so much! Best to you!

Jeannette McLaughlin  Thanks everyone...nothing like doggy therapy for healing!

Nancy Lewis  Ooooh, you just want to hug them, and I bet they both want to sit on your lap at the same time. hehe

Wanda Mroz  Aww... not thing like a pet to help healing.🐶💞

Jeannette McLaughlin  Thanks! Ruf! Ruf! (from Max and Timote) :-»

A touching reunion with my furry friends
The two things I looked forward to when returning home from my 10-day stay at the hospital were seeing my dogs and eating my healthy food! Today, 15 days after my surgery, I visited my dogs for the first time at the petsitter with whom they’ve been since Sept. 24 (they will remain there for another week or so). Recovery is going very well and I’m taking advantage of this great fall weather to go for walks.
Like  |

Amy Steele  Sounds like you're well on the road to recovery. Keep up the good work.

Robert Osmachenko  I'm glad you are seeing a naturopath. It really, really does help. Keep up the good work!!

Diane Zeigler  I agree. You do look great!

Catie B  You look beautiful!

Jeannette McLaughlin  Thanks everyone for your kind words!

After the surgery...
My surgery went well overall but I stayed at the hospital longer than expected…10 days. My heart’s electrical system did not perform normally following the surgery and I was given a temporary pacemaker. They waited seven days before putting in a permanent one (at times, the heart’s electrical system kicks in on its own) and this was done the day before I left. The surgery itself consisted of replacing the aortic valve with one made of bovine tissue (Carpenter-Edwards Perimount Magna Ease), as well as replacing the ascending aorta (due to an aneurysm) with a Hemashield graft. I was told that the bovine tissue valve is expected to last 15 to 20 years (the older you are, the longer it lasts). I asked Dr. Hassan if the tissue valve had received an anti-calcification treatment and was glad to hear that it did. I was amazed that I did not have any pain following the surgery, only some discomfort when I got up or laid down. I made rapid progress at the hospital and had it not been for the pacemaker, I would have come home on day 5. I was taking no medication before the surgery and now I only have to take two pills...one (stomach) for one month and the other (baby aspirin) for three months. My naturopathic doctor has given me a post-operative protocol to follow and I am boosting my body with powerful natural supplements. My scars are healing very well and I go up and down the stairs like I used to before the surgery (I’ve only been home for two days). I'll update from time to time.
Like  |  Shannon Gray likes this

Roseline Rosario  Great ! Is it bromeline...I've heard it wonderful for healing. And good to know that waiting is an option!

Catie B  It is great to hear you are doing so well, Jeannette. :)

And you gave me some new ideas there, and I too believe healing can be improved by giving our bodies with the right materials to do it with!

I can't likely do the Tumeric/Curcumin and Resveratrol because of blood thinner interactions. The rest I am going to run by my surgical team. Thanks again!

I’m looking forward to putting oils on my two incisions (it says to wait six weeks). In the meantime, I’ve been putting therapeutic-grade essential oils near the sites of the incisions. Two very good oils for wound healing are coconut oil (which my dogs and I eat every day!) and avocado oil (which I also have). Some other oils for would healing are almond oil and rosa mosqueta oil (I love the latter). I also have gogi berry oil, which I’ll use alternately with the others. Fast healing also works from the inside. Besides coconut oil, I take super omega-3s (Life Extension Foundation); I eat half an avocado every day and use extra-virgin cold-pressed olive oil on my salads.

I found out my surgery date today...
Today I got a call from the New Brunswick Heart Centre at the Saint John Regional Hospital. I was told that my open-heart surgery will take place next Wednesday, the 28th. Due to the short notice, both my mind and my heart were racing today! I have to leave home on Sunday (a four-hour drive) and needless to say that I've got lots to do in-between. Tomorrow I'll be taking my dogs, Max and Timote, to the petsitter with whom they will be for three weeks to a month, depending on my recovery. I've got my team in place for post-surgical care. Since I'm in good health overall and have no blocked arteries or other health issues, I'm confident that all will go well. I don't have a cell phone, iphone or the likes so I may just post updates when I return home.
Like  |  Darlene Smith likes this

Phyllis Petersen  It's smart to find something restful and inspiring to do before the stress of surgery. Enjoy! Will the leaves be changing up there at that time?

Regan Runnalls  All the best Jeannette!

Bonjour! I don't have a set date for my surgery scheduled in September but had to put one in when filling the questionnaire, so I put the 30th. I don't want my name to show up in "Upcoming Surgeries" until I have the confirmed date. Does anyone know how I can correct this? Thanks.
Like  |

Catie B  Click your name up top and a drop-down menu should appear. You can change the date at "Edit My Valve Story."
Wishing you well, Jeanette.

Jeannette McLaughlin  Thanks, Catie. I changed it to Oct. 15; hopefully, I'll be all done by then! 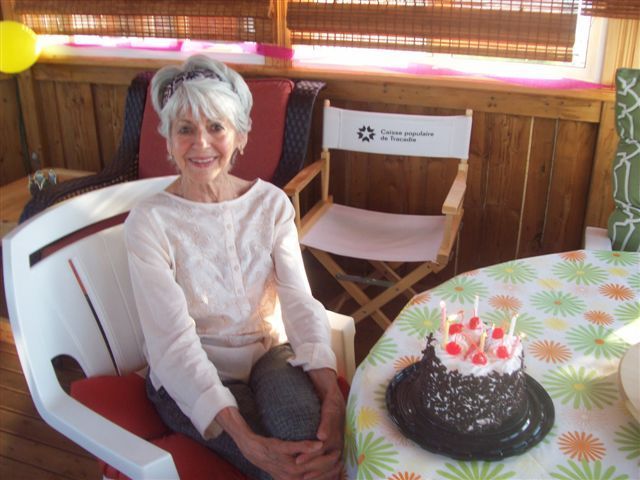 Catie B  You are stunning!

Jeannette McLaughlin  Wow! thanks guys...looking forward to being part of the community! 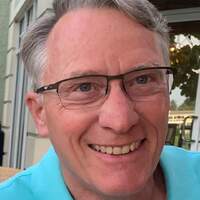 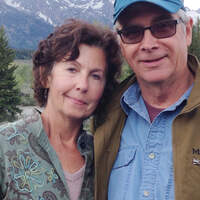 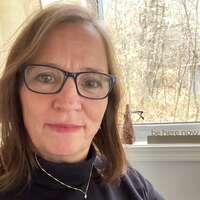