“At 82, Is My Mom Too Old For Heart Valve Surgery?” Asks Barbara

I just received a very appropriate email from Barbara about her mother who is suffering from severe aortic heart valve stenosis.

Barbara writes, “Dear Adam – My mother, who is a relatively active lady at 82 years old, was recently diagnosed as needing aortic valve replacement surgery. I’m obviously concerned and somewhat frightened given the invasive nature of this operation and her age. I just have to ask… Is 82 too old for heart valve surgery? Thanks, Barbara” 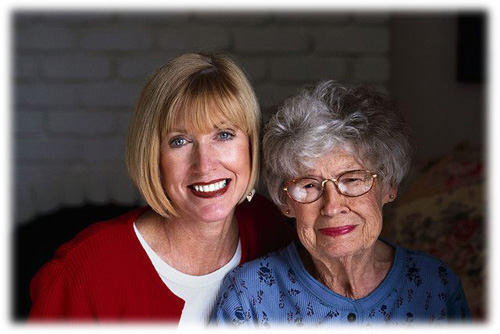 Considering the aging of our population, this is a great question for all of us to learn from. To start… Did you know that 13% of people age 75 or older in the United States have at least moderate heart valve disease? That said, as the baby boomers continue to age, I imagine this question is going to be asked by many, many, many, many sons and daughters in the future.

As for my research about octogenerians (people over eighty) and heart surgery, consider the following:

In 2008, Doctor Paul A. Kurlansky presented a study which followed 1,062 octogenarians who had bypass surgery at Mount Sinai Medical Center in Miami Beach from 1989 through 2001. Their average survival was roughly six years, almost the same as for similarly aged people who do not have heart disease. Ninety percent survived their surgery to leave the hospital. The rate of such survival improved sharply as the study went on, from 85 percent in the early years to 98 percent by its end. Patients also reported a quality of life similar to that of those their age who did not have bypass surgery.

Specific to heart valve surgery… Donald S. Likosky, a researcher at Dartmouth, recently published a research article that tracked 8,796 elderly people in Maine, New Hampshire and Vermont with leaky aortic valves – a valve disorder that can kill within two or three years. Six years after valve surgery, most patients were still alive. The median survival was seven years, about the same as in the general population of that age. In fact, those in the study who were 85 or older actually outlived their general-population counterparts. (To learn more about leaking valves, click here.)

Overall, the research provided above shows that heart valve surgery can produce favorable results for octogenerian patients. In fact, I have been fortunate to meet several patients over the age of 80 that had successful heart valve surgery. One of my favorite patient stories is that of John De Falco, who had heart valve replacement surgery at the age of 83.

Ultimately, please remember there is some risk for all patients – regardless of age – specific to heart surgery. That said, please, please, please, please take the time to confirm your diagnosis, to find the best surgeon and to properly prepare for your recovery.

Roger says, "First day after surgery. It was a bit of..."

Judy is post surgery and in the ICU!! Surgery went well and the

Cathryn says, "Judy is post surgery and in the ICU!!"
Read more

First day after surgery. It was a bit of a rough night but feeling

Roger says, "First day after surgery. It was a bit of"
Read more

Susan says, "I am 21 days post-op from a mitral valve"
Read more