I stress A LOT of things for patients to “watch out for” as they prepare for heart valve surgery. One of the most critical, potential pitfalls in this complex process is poor surgeon selection. As we all know, there is risk in any type of surgery. But, finding the right cardiac surgeon (with extensive experience) can minimize that risk.

It’s a sad fact… I receive emails from caregivers whose loved ones did not make it through surgery. Those are the toughest emails to read. The sadness and anger is overwhelming. Even with all the good happening in the heart valve community, mistakes are made. 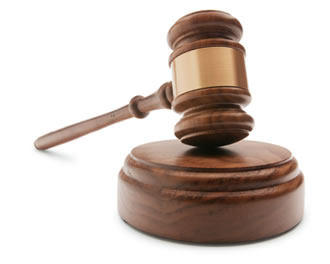 On that point, I just read an unfortunate story about Latricia Satterwhile, a mitral valve surgery patient. I am posting this story to emphasize the need for patients and caregivers to actively research their medical staff and facility. Here is Latricia’s story from the Herald-Leader newspaper in Lexington, Kentucky:

A $9.8 million civil verdict was returned in a lawsuit filed by a Lexington hairdresser who became paraplegic after a routine heart surgery.

A Fayette Circuit Court jury assigned 31 percent of fault — or $3,057,894 — to the surgeon, Dr. Michael Sekela of Surgical Associates of Lexington. The verdicts against the other defendants, Fresenius Medical Care and Central Kentucky Anesthesia, are moot because they had already settled with the patient and did not participate in the trial, said Sekela’s attorney, Rich Schiller of Louisville.

A review of the Kentucky Trial Court Review indicates that Wednesday’s verdict could be the largest medical malpractice verdict to ever come out of Fayette County. The plaintiff, Latricia Satterwhite, had surgery on her mitral valve in her heart on April 19, 2006. The surgery took less than an hour and was successful.

But, according to medical experts who testified on her behalf, the surgeon misplaced the cannula, or hose, for a machine that pumps blood during the heart surgery. The misplacement caused too much blood and oxygen to be pumped to her right hand and too little to her brain and thoracic spinal cord, the experts testified.

Satterwhite, who worked at the Great Clips on East High Street, can no longer walk. She also suffered mild to moderate brain damage, said her attorney, James Bolus of Louisville.

“No one wins here,” Bolus said. “The surgeon has to live with the fact this occurred. Unfortunately, he wanted to go trial.” Schiller said Sekela disputes that the cannula was misplaced or that he caused her paralysis. Schiller said that they are considering an appeal. “Its always unhappy when you have a verdict like this,” Schiller said. “We are in shock and disbelief that it happened.”

Doctor Sekela was found at fault by a 10-2 vote of the jury. The anesthesiologist shared 23 percent of the fault, and the perfusionist, the person who operates the heart-lung machine was responsible for 41 percent of fault, the jury found.

In light of Latricia’s story, please take the time to find the right surgeon for you. In my opinion, no amount of money can remedy Latricia’s unfortunate situation.

“What About Ross Procedure Reoperations for the Aortic & Pulmonary Valves?” asks Joe

Hi Everyone. I am scheduled for robotic mitral valve repair on March

Joy says, "Hi Everyone. I am scheduled for robotic"
Read more