Since launching this website in 2006, I have followed the heart valve procedures of many public figures including Robin Williams, Barbara Walters, Ed Koch, and Barbara Bush.

Yesterday, we learned that John Fox, the head coach of the Denver Broncos, is scheduled for an aortic valve replacement surgery on Tuesday. Coach Fox, who was aware of his valvular disorder, was planning to undergo surgery during the football off-season. 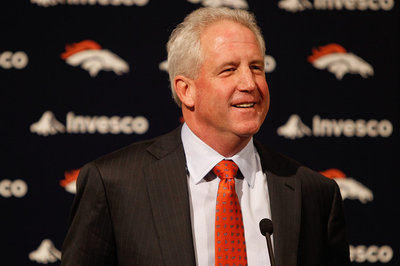 However, on Saturday, Fox began experiencing symptoms while playing golf with his friends. Shortly thereafter, Fox was brought to a hospital, where an ultrasound revealed he needed aortic valve surgery as soon as possible. (So you know, the early news reports that Coach Fox had a heart attack were incorrect.)

The Importance of Symptoms for Patients

In my opinion, it is very important for the patients and the caregivers in our community to learn from Fox’s experience.

Coach Fox, who became “light-headed” during his golf outing, wasted no time seeking medical attention — and, for good reason.

Research suggests that 50% of patients who begin to experience symptoms from severe aortic valve stenosis are dead within just two years. Yes, that is a key and startling piece of information about this disease. 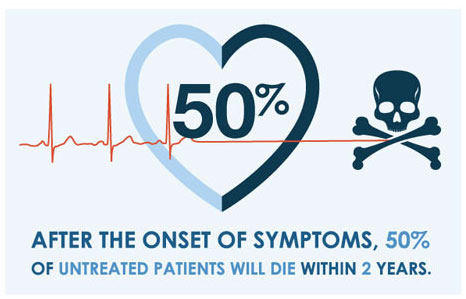 FYI… Similar to Fox, I also experienced just one symptom, prior to surgery, that motivated me to get another ultrasound. My symptom? The right side of my body went numb when I was out to dinner with my wife.

That said, I think we can all learn from Coach Fox’s proactive nature during his “watchful waiting” period. Last night, we heard from Coach Fox:

“I sincerely appreciate the support of the Broncos, the fans, and so many people around the league,” Fox said. “Although I am disappointed I must take some time away from the team to attend to this pre-existing health condition, I understand that it’s the right thing to do. I have great confidence in our coaches and players, who are fully committed to our goals. I look forward to returning to coaching as soon as possible.”

On behalf of the patients in our community, we wish Coach Fox a very safe procedure and a very smooth recovery. 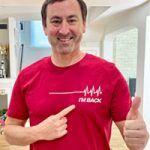 The “I’m Back” Recovery Shirt for Heart Surgery Patients is Wonderful! Thanks Josh!

Marshall says, "I received the pacemaker cuz my heart..."

Marshall says, "Hello everyone. This is my first day..."

Hello everyone. This is my first day home complete first day, and I'm

Marshall says, "Hello everyone. This is my first day"
Read more

Cheryl says, "Well I had an unfortunate bump in the"
Read more