One of the greatest parts about running this website is hearing from the caregivers of heart valve surgery patients. Recently, I met Denise Hill via email. Denise’s story about her son John was so touching that I asked her if I could post it here in my blog. She was warm to the idea and provided me with a picture of her son, John Hill and his fiance, Tabitha.

There is no doubt that John is a model for us all… Even with a problematic Ross procedure, he is moving onto bigger and better things!!

Our son at the age the age of 16 received the Ross procedure in 1995. We initially saw it as an answer to prayer that would allow him a greater level of activity compared to receiving a mechanical valve.

Although he had excellent doctors, we still felt alone during this time. The Ross procedure had just started being performed in our area.

Our son also became part of a research study. After his initial surgery, he underwent an additional surgery 5 days after his first and had to have the two valves replaced four and a half years later because of the failure of the Ross. It was very difficult to be one of the 4% of people for which it failed. We are so grateful that we had understanding doctors who worked with him regarding his athletic activities. As parents we knew that the most important thing was for our son to be alive; however, we also had to balance that with our son’s quality of life.

At the time that the Ross procedure began to fail his cardiologist believed me when I expressed my concern that there was something more going on than what the tests showed. They got him into surgery sooner than planned and discovered an aneurysm that for all medical purposes should have ruptured. After fourteen hours of surgery, his surgeon said that there was no medical explanation for our son to be here except for that of a miracle. He played high school and college golf, has a great job, and is getting married this summer.

This was a very difficult experience for a teenager/young adult to go through. I still believe in the Ross procedure and only God knows why we went through all that we did with our son. I know his care is written about in many journals, so I can only hope that others will benefit from it. To his Dad and me he is a hero.

Thank you Adam for all that you are doing with your book and website.

“What About Ross Procedure Reoperations for the Aortic & Pulmonary Valves?” asks Joe

Mark says, "Have you ever stopped to think about..." 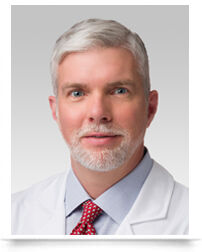 Dr. Johnston is a minimally-invasive expert having performed over 3,000 heart valve repair and replacement operations during his career.

Greg says, "OK. Well here I sit in my recliner at"
Read more

Mark says, "Have you ever stopped to think about"
Read more