Ross Procedure: What Should Patients Know?

When I was formally diagnosed with severe heart valve disease (aortic stenosis), I learned that my aortic valve needed to be replaced quickly. Shortly therefter, I spent a tremendous amount of time evaluating my surgical options and the different types of valve replacment devices. 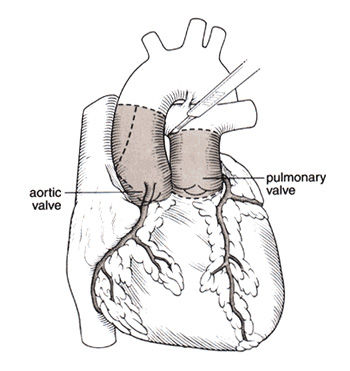 Diagram of the Ross Procedure

During the Ross Procedure, which is also referred to as the "Switch Procedure", the patient's pulmonary valve is removed and switched to the aortic position. Then, a homograft (a human donor valve) is placed in the pulmonary position.

To help you learn about the Ross Procedure, which is sometimes called the "Switch Procedure", I filmed this educational video with Dr. Paul Stelzer and Peter Woglom, his patient.  Dr. Stelzer is a leading heart surgeon at The Mount Sinai Hospital in New York City who has performed over 500 Ross Procedures.

Advantages of the Ross Procedure

There are several benefits of the Ross Procedure for the patient. Specifically, I liked the fact that I would not need to use anticoagulants (e.g. Coumadin) for the rest of my life. This is required for patients who select mechanical valve replacement devices.

Also, another benefit of the Ross Procedure is the fact that I would stil have my own pulmonary valve in the aortic position following the operation. My research suggested this would reduce any form of post-operative complications specific to tissue rejection of pig valves or cow valves.

Another significant advantage for patients to consider is that if the Ross Procedure does fail in the future, it would be possible for my medical team to use a transcatheter aortic valve replacement device or a transcatheter pulmonary valve replacement device for the reoperation.  These next-generation valve technologies do not require open heart surgery using an incision to the patient's chest or ribs.

Surgical Outcomes for the Ross Procedure

Still, I wanted to know more about the success, failure and reoperation rates of the Ross Procedure. That said, I conducted significant clinical and patient research to better understand whether or not this special form of aortic valve replacement would be suitable for me.

Overall, I learned that the long-term statistics of this double heart valve replacement surgery was very encouraging. Without going into all the data I coillected, here is some data for you to consider:

In fact, data from Dr. Donald Ross, the inventor of this technique (who first performed the surgery in 1967), showed freedom from re-operation at 75 percent twenty-five years after surgery. Also, we need to remember that much of this data was developed before 'homograft-wrapping' techniques were implemented.

Other clinical results from other surgeons include:

As referenced above, Dr. Paul Stelzer has performed over 500 Ross Procedures since 1987. Dr. Stelzer’s clinical results suggest that less than 10% of patients require re-operation up to 10 years after surgery.

My Experience With The Ross Operation?

I had my Ross Procedure performed on December 21, 2005 by Dr. Vaughn Starnes at the USC Medical Center in Los Angeles. So far, the Ross Procedure has worked out very well for me. Although the recovery from open heart surgery was not easy, the result from this heart valve surgery has been excellent.

Since the Ross Procedure was performed on me, I got married, had my son, and have led a very active lifestyle.  In 2019, I celebrated my 14th "Heart Valve Anniversary".  I have not required another operation on either my aortic or my pulmonary valve.  Plus, my recent echocardiolgram showed no issues with either heart valve.

To help you learn more about the Ross Procedure, here are additional resources to educate and empower you about this special form of aortic valve replacement: 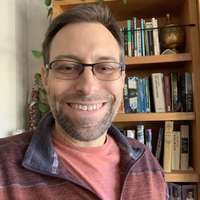 John says, "My results came back from my PT/INR test on Monday, ..." Read more. 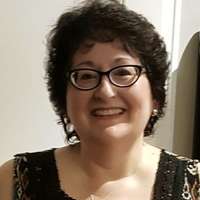 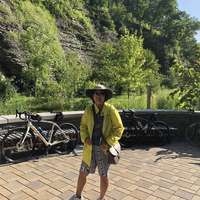 Carms says, "I’m praying 🙏 for healing to everyone !Jesus is..." Read more.