Heart Valve Summit Video #3: “What Is The Likely Progression of Systolic Anterior Motion of the Chordae?” Asks Jim

Leading up to the Heart Valve Summit, I received an interesting question from Jim. He asked,  “Adam – What is the likely progression of systolic anterior motion of the chordae?”

To answer Jim’s question, I met with Doctor David Adams, MD, one of the Program Directors of the Heart Valve Summit and the Chairman of Cardiothoracic Surgery at Mount Sinai Medical Center. The highlights of our discussion are featured in this video. Also, for the patients and caregivers in our community who are hearing impaired, I have provided a written transcript of this conversation below.

Thanks to Jim for his question and a special thanks to Dr. David Adams for all of his incredible clinical work, research and ongoing support of our community!

P.S. Here is the written transcript of our discussion.

Adam Pick:  Hi everybody, it’s Adam with HeartValveSurgery.com, and I’m here today at the Heart Valve Summit in Chicago, Illinois, and I’m happy to be joined by one of the program directors of the conference, in addition to the Chairman of the Cardiothoracic Surgery at Mount Sinai Medical Center.  This is David Adams.  Nice to have you here today.

Adam Pick: As you may know, we’re answering patient questions that were submitted at the website.  And Dr. Adams, a question came in from Jim, and he writes, “Adam, my echochardiogram says I have a systolic anterior motion of the chordae.  What is the likely progression of that condition?”

David Adams, MD:  Well, he’s describing something that’s not uncommon. The mitral valve which is the valve that controls inflow from our lungs toward our pumping chamber and the aortic valve which controls the outflow from our pumping chamber to our body share a certain space in the heart.  These valves share this continuity, so that these two valves in a certain three-dimensional plain interact with each other.  And what systolic anterior motion means is as the heart is squeezing, some part of the mitral apparatus — which should be closing and getting out of the way of the blood exiting the heart — is getting caught up in this turbulence that’s going out, and that’s why it’s called systolic motion.

Chordae is the structure that supports the leaflets of the mitral valve much like a parachute.  They’re attached in the ventricle.  So the chordae which should be moving posteriorly and out of the way during systole – and systole is just the medical term for when the heart squeezes. I think the good news for this patient is that that’s actually – at this point, after mitral valve repair, if he’s healthy enough to write us and ask us about it, that typically means that it’s not causing a substantial problem.  If you had systolic motion that was really critical, in most circumstances, that’s recognized intraoperatively and dealt with.

Adam Pick:  Well, Jim, I hope that helped you learn a little bit more.  I know it helped me.  And Dr. Adams, once again, as always, thanks for taking the time to organize this incredible event and for all your continuous work to getting the cardiologists and the surgeons and the nurses and the PAs together to really enhance valvular therapy.  The patients out there really appreciate what you’re doing.

Doctor. David Adams:  Thanks again for coming to support the meeting.  Thanks.

Not feeling much better today. I’m still having some “chest”

Tricuspid Valve failure update
Monday the Edwards folks did an 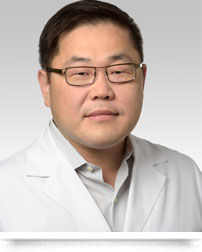