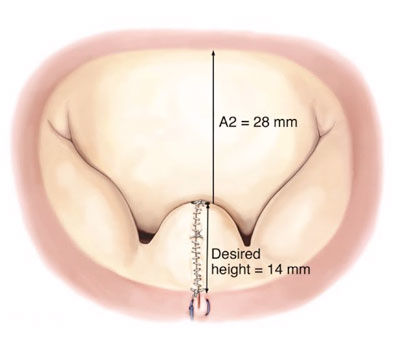 Before we discuss mitral valve repair surgery further, let's quickly review the anatomy of the mitral valve. As you may know, the left atrium of the heart receives blood that has been infused with oxygen in the lungs and passes it to the left ventricle, the largest of the heart's four chambers. In between the left atrium and the left ventricle is the mitral valve. Heart valve leaflets, also known as flaps or cusps, open-and-close as the heart beats so that blood is kept flowing along the correct path.

When the valve is damaged, due to a congenital disorder (mitral valve prolapse) or degenerative condition, blood may leak back into the atrium or there may be insufficient room for the blood to flow properly into the ventricle. This heart valve disorder is known as mitral valve regurgitation and may require mitral valve repair surgery. Other names for this valvular defect are mitral insufficiency and mitral incompetence.

According to the Mayo Clinic and the Cleveland Clinic, patients with severe mitral valve disease can suffer from many symptoms including:

In addtion to the symptoms referenced above, mitral valve disease can cause severe risks and complications for patients including an enlarged heart, heart failure and death. "If left untreated, mitral valve disease can take a patient's life," according to Dr. Patrick McCarthy, the Executive Director of the Bluhm Cardiovascular Institute at Northwestern Medicine in Chicago, Illinois.

Dr. David Adams, the Surgeon-in-Chief of Mount Sinai Health System and founder of the Mitral Foundation, has reported only 5 operative deaths in 701 mitral valve repair cases during a 20-year period.

While the awareness to heart valve disease is growing, many patients are not familiar with this disease or its treatment options.  For that reason, patients often wonder, "Is mitral valve repair surgery a common treatment?"

You should know that most of the estimated 99,000 heart valve surgeries performed annually in the United States will either repair or replace the aortic or mitral valve. That said, the use of mitral valve repair techniques are not commonly used by cardiac surgeons.  Many doctors that I have talked with over the years suggest that mitral valve repair is more of an art than a science reserved for the specialists.

For example, here is a wonderful patient story about Janet Ruddock.  After being diagnosed with severe mitral regurgitaiton, Janet took the time to research her treatment options.  Janet was adamant about getting a mitral valve repair surgery by a cardiac surgeon who specializes in this type of operation.

Advances in surgical techniques now make it possible to repair many damaged valves, especially those resulting from a congenital birth defect. There are several procedures that a surgeon might use to perform a mitral valve repair. 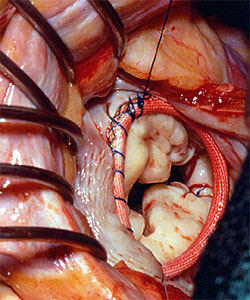 If you are wondering whether-or-not a heart-lung machine is necessary for a mitral valve repair surgery, the answer used to be a definitive "yes".  Heart-lung machines are used for mitral valve repair procedures that leverage "open-heart" approaches. This machine keeps oxygenated blood coursing through the body while the heart is stopped for surgery. 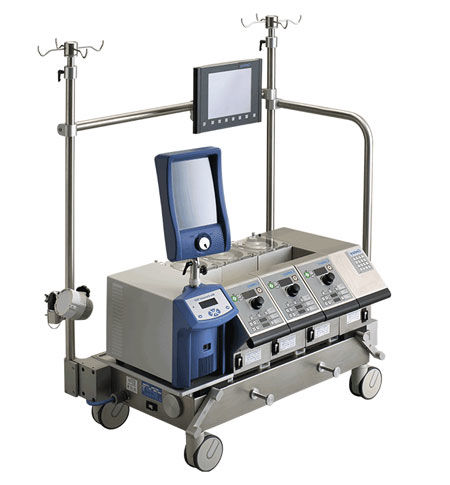 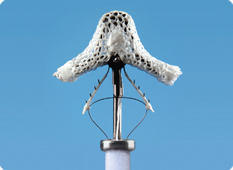 Please note, however, that the MitraClip has received FDA-approval for select patient populations including those patients who are considered to be at "high-risk" or "inoperable".

Most patients who undergo mitral valve repair surgery are under general anesthesia.

The use of minimally invasive techniques for mitral valve repair surgery have expanded during the past 20 years.  These techniques use a smaller incision, or set of incisions, to the patient's chest or ribs and may result in shorter hospital stays, faster recoveries, and less pain. These minimally procedures include:

However, patients who are obese or who have atherosclerosis are normally not candidates for minimally invasive techniques. Also, if your surgery requires treatment of two valves or other cardiac issues (e.g. atrial fibrillation, aortic aneurysm), minimally invasive approaches may not be available to you.

In some hospitals, the surgeon can perform robotic surgery, another minimally invasive surgical procedure. The tools of robotic mitral valve repair surgery are a control console, a system of vision, and a cart with robotic arms. Small incisions are made and instruments are placed inside the incisions. The surgeon then uses the control console to make the wrist and hand movements necessary for the surgery. The surgeon's movements, however minute, are translated by a computer.

In this video, I interviewed Dr. Vinay Badhwar, the Chief of Cardiac Surgery at WVU Medicine in Morgantown, West Virginia, to learn why his preferred approach to mitral valve repair surgery involves the robot.

Most patients spend between four to seven days in the hospital following mitral valve surgery. The patient's health before the operation may play a part in the length of time it will take him or her to fully recover.

As a recovery guideline, patients are advised to avoid driving for six weeks after surgery. Office workers can typically return to their jobs in six to eight weeks. Those with more physically strenuous jobs may need a longer recovery period before they return to work.

To learn more about the recovery guidelines from mitral valve repair surgery, I filmed this interview with Dr. David Adams at the Heart Valve Summit.

So you know... Patients are normally advised to stop smoking at least two weeks before valve surgery. Some medications, such as aspirin or anticoagulants, may need to be stopped or the dosage adjusted in the days leading up to surgery. Patients should also monitor their health closely and advise their surgeon if they experience any symptoms of a cold or flu, such as chills, fever, congestion, drainage or coughing.

To help you learn more about mitral regurgitation, here is new medical information and patient updates: 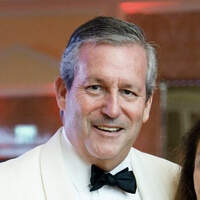 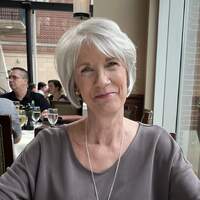 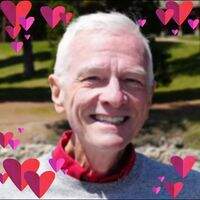