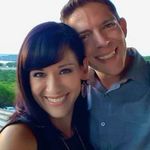 Send Amy a note
My Story

OK, here goes... I think it's a pretty amazing story. God really had a pretty amazing plan for me. My son really saved my life, and I his. About a month before he was due, at a regular prenatal visit, my doctor decided I was having the baby TODAY. As in, go to hospital via wheelchair NOW. At the time, he diagnosed me as having severe preeclampsia, my body was rejecting the baby, and the only "cure" was to deliver, early or not. I was given Pitocin to induce labor, but as our son began crashing on the fetal heart monitor, an emergency c-section was ordered. After a very painful c-section (the anesthesia wore off mid-surgery), I went into cardiac failure. It was then discovered I had severe mitral valve regurgitation. It's funny what you remember at stressful times like this... as I began to lose the ability to breathe, all I could think about as the room filled with doctors & nurses after alarms started going off was "please don't wake up my poor, exhausted husband. He's finally getting a chance to rest!". Anyway, had I carried my son to term, we would have lost him, as my heart was barely keeping up with me. And had he not started crashing on the fetal monitor, I would have progressed into labor, and would not have survived the immense strain on my heart. I was given about a 3 year estimate for valve repair, and our son is now 4.

I've started going downhill rapidly, as the 1st surgeon I met with did predict accurately. I was told by the 1st surgeon I met with back in September that a full sternotomy was absolutely necessary, and because my valve was damaged in a rather unusual way, it would be a 50/50 shot as to whether I'd wake up with a mechanical replacement. A few weeks ago, I was given the name of an amazing surgeon, Dr. Joseph Lamelas, reportedly one of, if not the world's leading pioneering minimally invasive valve surgeons in the world. I called his office in Houston to see if he'd be willing just to view my heart cath and echos. Instead, the surgeon HIMSELF called me on his way home from the hospital that night!!! He even apologized for not getting back to me sooner. I got the call from his team late last week, and I am now scheduled for February 23rd. I was absolutely elated that he was willing to even take a look at my scans, incredibly grateful to be a candidate for the minimally invasive approach, with his reassurance that my valve can be repaired. Now, everything is getting real. 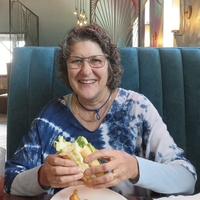 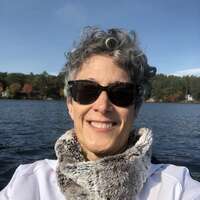 Roselyn says, "Question for all of you who had a sternotomy ..."