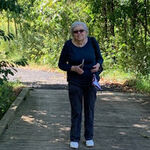 Send Sandra a note
My Journal

DO NOT BE AFRAID

I belong to a heart valve surgery support group on Facebook, where quite often I see posts from people asking for feedback as to whether or not they should proceed with a recommended surgery when they are asymptomatic. Well, a few years ago I was in those same shoes, and made a choice based on fear.

This is my story--a little lengthy, perhaps, but if it's a topic you too are grappling with, I hope you will take the time to read it.

I was diagnosed with mitral valve regurgitation about twelve years before my surgery, but it did not become severe until eight years later. At that point I started having biannual echocardiograms to keep an eye on it, and at each six month follow-up, even though the readings remained stable, my cardiologist would tell me I needed surgery to repair or replace the defective valve, and strongly urge me to do it while I was asymptomatic and my heart was still strong. When I asked what would happen if I did not have the surgery, he said I would eventually go into heart failure, the symptoms of which can be treated, but eventually it would lead to death.

Now, I am not afraid to die, but I am very much afraid of pain and suffering, so instead of heeding my cardiologist's advice, my faulty thinking went something like this: I am no longer young. My children are grown and have lives and families of their own. There is no one dependent on me. My echos have remained stable over the past several years, showing no evidence of damage to my heart. If I do experience heart failure, there are medications that can provide relief, and eventually, when my time is up, I can just check into hospice and pass peacefully into eternity. That, however, is not the way it played out. Instead, I was about to embark on the scariest, most traumatic experience of my life.

A couple of months after yet another stable echo, I started having trouble breathing when going up the stairs. It felt as though my hiatal hernia was pushing against my diaphragm, cutting off the airflow. This had happened before, but never so consistently, and over the next few days my shortness of breath worsened. Fear set in as I realized it was no longer triggered just by climbing stairs.

I called a friend and asked him to take me to the Emergency Room. The only memory I have after that, is a vague one of signing myself in when we got to triage, and being whisked off in a wheelchair for the first of several tests. Nothing after that. Not even a memory of the numerous texts I sent my daughter telling her where I was, that my hernia was not the problem, that I had congestive heart failure and had been put on Lasix, and that I would be going home after they finished running the rest of the tests.

I did not go home as planned. Two days later, instead of being discharged, I was intubated, hooked up to a ventilator, and moved to the Intensive Care Unit. Fluid around my heart caused by the severely regurgitating mitral valve had backed up into my lungs, creating intense respiratory distress. Putting off surgery to repair the valve was no longer an option. I had waited too long.

They transferred me to Inova Heart and Vascular Institute in Fairfax, Virginia, where the region's top cardiac surgeons were located. I arrived at their Coronary Care Unit heavily sedated with Propofol and Fentanyl, as well as with a case of staph pneumonia that had not been present when I was first admitted. I was on the ventilator for almost two weeks.

Surgery to repair my mitral valve was scheduled, then cancelled when preliminary testing revealed calcification. It would have to be replaced. However, I was deemed too ill to undergo the more invasive open heart surgery at this time. The only option would be a transcatheter MitraClip procedure, which was not a fix, but would help reduce the amount of regurgitation. That too was scheduled and then cancelled when a new challenge presented itself--severe cardiac arrhythmia in the form of irregular tachycardia and atrial fibrillation. My heartbeat was running wild--sometimes alarmingly fast, sometimes alarmingly slow. At one point paddles were used in an attempt to shock it back to a normal sinus rhythm, and I was given Amiodarone, a drug with potentially serious side effects, to try and stabilize it.

There was some speculation as to whether or not I would be able to pull through, and an army of prayer warriors assembled as word spread about my condition. Together they battled the forces of darkness surrounding me and bombarded the Heavenlies on my behalf. I am convinced that I would not be here today, had it not been for their strong, unwavering faith as they fought the fight for me.

Prayer prevailed. I emerged from the crisis weak, and unable to talk. The drugs had taken a toll, and though my body no longer hovered between life and death, my mind drifted in and out of a dream-like realm where reality and illusion seemed to merge, and hallucinations became the norm.

For the sake of keeping this post from getting lengthier, I won't go into more detail about my hospital experience, but if you are interested in reading about it, it's all documented in my book, OIL OF MYRRH, along with the spiritual and emotional healing that took place. The only comment I would like to add is that this terrifying ordeal was a far cry from the peaceful scenario I had envisioned back when I had the opportunity to make a wiser choice.

Twenty-seven days after my admission to the hospital, I was released to a rehabilitation center, where for the next three weeks a team of physiotherapists, occupational therapists, and speech therapists worked diligently to help me overcome the after effects of my hospital stay. Muscles needed to be strengthened, simple tasks of daily living relearned, and damage to my vocal cords reversed. This was followed by another three weeks of rehab at home.

I did recover, but the results of the MitraClip were not what everyone had hoped for. It managed to diffuse the flow of the regurgitation, but did not actually reduce it. My cardiologist again recommended that I have open heart surgery to replace the valve while my heart was still strong, and this time I did not hesitate to follow his advice.

Three months after returning home, at the age of 78, I had open heart surgery to replace my mitral valve with a swine tissue one, which my surgeon assured me was large enough so that if/when it needed to be replaced down the road, the procedure could be done via trans catheter (TMVR). He also performed a MAZE procedure.

It has now been two-and-a-half years since my surgery, and I have made a full recovery. Just six months out, after a blizzard, I went on a picture-taking walk that had me trekking almost three miles through huge drifts of snow.

All this to say, as scary as open heart surgery may sound, it's not as bad as we think it's going to be. Yes, it is a huge deal, and I'm not in any way trying to minimize it, but compared to the unnecessary trauma I subjected myself to, it was a piece of cake.
Like  |  Darrin Vohs, Ben Brooks, Steven Methot and 5 others like this

Marie Myers  Great story and great lesson! Glad you posted it, and I am sure it could help someone who is in that same pre-open -heart surgery boat. 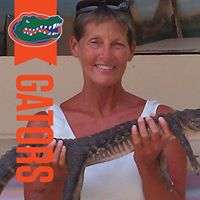 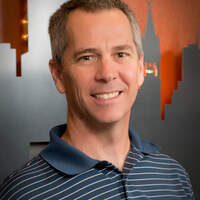 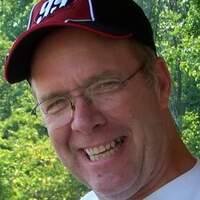