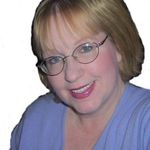 Send Terri a note
My Story

October 19, 2011 is the day my heart stops beating. But with any luck it’s also the day I get a new lease on life and a healthy, fully pumping heart. I’m having open heart surgery on October 19th to replace my faulty heart valve with one from a cow or pig. So depending on how the surgery goes I’ll wake up in ICU either mooing or oinking. They’ll also be doing a triple bypass.

In January 2004 I needed a spinal fusion operation to repair fractures in my spine. Prior to doing the operation they ran the usual medical tests. I’m a brittle diabetic so they were a little more thorough with my testing. The testing discovered that in addition to being born with a heart murmur I was also born with a deformed heart valve. No big deal I thought. They still did my back surgery so my heart problem must not have been too bad. My bum ticker had gotten me thru 40 years of life at that point so I had no reason to think there’d ever be a problem. In other words, I was UNEDUCATED! After I recovered from my back surgery my primary care Doc urged me to see a Cardiologist on an annual basis for my aortic stenosis. Yeah, right. I’ll get right on that! Not!

Three years later I finally got around to making that appointment with the cardiologist. They ran the usual gambit of tests. Of course I failed miserably at each one. My Doc told me he had never seen anyone with my type of heart problem reach age 50 without having the valve replaced. (I’ve personally talked with people who had the same problem and didn’t have it fixed until they were in the 60’s or 70’s so that shows what he knew!) In 2009 my husband and I moved from Indianapolis to Louisville KY. We bought a new bed when we moved and from day one I had problems. I couldn’t breath laying down. I had to sleep sitting up. I thought it was the new bed causing the problems. Then as things grew progressively worse with my breathing and feeling lick I wasn’t getting enough oxygen I thought maybe I was allergic to Louisville and developing asthma. I was in denial. It took having an attack for me to finally call and make an appointment with a cardiologist here in Louisville. I’d had an attack which I believe to have been a mild heart attack. My jaw hurt and my entire body seized up as I tried to walk up the stairs after swimming August 25, 2009. My chest never hurt but I knew I was having a heart attack. Instead of going to the hospital I slept for a solid week almost constantly. Gee, what does it take for some people to go to a doctor?

Finally, a week later, after dinner I had a second attack. My husband was home for this attack and forced me to go to the ER. They, of course, admitted me. They also called in the cardio which I had an appointment to see in another month. He determined I needed a heart cath ASAP. The heart cath showed two 80% blockages; one in the distal LAB and one in the mid LAB. He stented both. He told me my heart valve definitely needed to be replaced but was in the moderate range so I didn’t need too worry about it for awhile. But that’s when I started researching valve replacement surgery and learned it was open heart surgery! Yikes!

I was able to breath so much better. But then May 2011 my breathing problems returned. And in June they were so bad I went back to see my Louisville Cardio. He determined another heart cath was needed. I refused. Finally in August it got so bad I wasn’t able to take my daily swim anymore. So Sept 6, 2011 I had my 2nd heart cath. This one showed a blockage that was 80%, another at 70% and a third at 50%. He didn’t stent however because he determined it was time for the valve to be replaced.

I freaked out! By this time I had researched open heart surgery nine ways to Sunday and I knew that they stop your heart and you’re placed on a heart/lung machine, etc, etc. I refused to have the operation. The words “Hell No!” may have been uttered two or ten times. Even though I was spending most of my day sleeping and the rest gasping for air, I was in some serious denial. I was (am) so deathly afraid of waking up with a vent shoved down my throat that I was knowingly putting my life at risk.

My daughter pleaded with me to have the operation. She’s had 2 best friends die at a young age. The 2nd friend died Sept 4, 2011 of a heart attack at age 34. She got memorial tatttoo’s on her arms for her two friends. She told me she had no more skin left for a memorial tattoo so I couldn’t die, I HAD to have this operation. My husband said if I died on him he’d kill me. My neighbors came to me with stories of people who had this operation and felt the best they’d ever felt in their life. My Facebook friends pleaded with me to have the operation. Okay, I get it, everyone wants me to live. So I called my cardio and told him to make me the appointment with the heart surgeon.

This morning (September 22, 2011) I went to see the surgeon. Great guy, great reputation, great track record. The only doc in the entire state of Kentucky I’d want to do my heart operation. He looked at my records and reviewed all my test results. He asked me how bad I was feeling. I honestly told him how little I’ve been able to do and how much I’ve really been sleeping (a fact I’ve even kept secret from my husband). I’ve been living like a 90 year old woman. After 30 minutes of frank discussion I relented and told him I would have the operation in January. He told me I wouldn’t be around in January to have the luxury of having a heart valve replacement. That widened my eyes for sure! Okay, I’ll have it in November, after my birthday on the 10th. He said I don’t think you should wait that long, you may not make it. He said he could get me in as early as next week. I couldn’t say yes. That’s just too soon! I agreed on October 19th. So in a little less than a month I’ll be having a heart valve replacement and triple bypass. 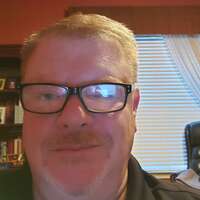 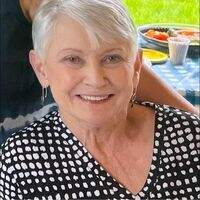 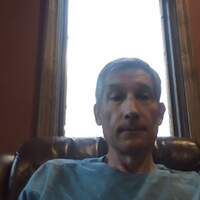