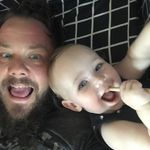 Send Scott a note
My Story

My name is Scott and I am 43 years old. I’ve been struggling since my OHS in March and stumbled across this website and thought it may help me as I feel sharing my story with like minded people may help me with my recovery.

A little background, November 2015 I had a three heart attacks (first two I did not realise outside of sudden left shoulder pain) but the third had me thinking this is more and asked my wife to take me to hospital. I had 3 stents and started my recovery which I felt I sailed through.

Around mid November 2018 I started feeling sick with fevers, night sweats, chills, muscle pain (starting in calves) and fatigue like I’ve never experienced before. I had several admissions (GP Referred) to two hospitals for fevers and severe muscle pains (mainly right side). Two days before Christmas I was diagnosed with severe muscle strain in right leg and sent home with a boot and pain killers and told to come back in two weeks if pain or swelling continued.

Well it did and I became so sick and could barely move with my right side from ankle to head in so much pain, I lost weight weekly and all my original symptoms became worse. On the 6th January my GP sent me to a third hospital where I was diagnosed as having Inflamatory Seronegative Spondyloarthopathy and arthritic issues. I was placed on high doses of steroids and given weekly the chemo agent Methotrexate for several weeks.

The steroids reduced a little of the muscle pain but my fevers, sweats and chills and weight loss continued. I had several more admissions for fever those weeks as I needed to see doctor weekly for bloods because of the toxicity of the drugs I was on. The drugs made me immunosuppressed. My GP still concerned and noticing a strong heart murmur asked if the hospital had done blood cultures and explained the test, I confirmed no and we did that on the Monday, by Wednesday morning pathology called him and told me to get straight to hospital as I have a bacterial infection in my blood. I was told I did not have Spondyloarthopathy but had subacute MV Infective Endocarditis which was severe due to being immunosuppressed. I also had sepsis in the muscles which was all that pain from November onward.

Anyhow to cut a already long story shorter, I was in hospital for 22 days for antibiotic therapy and high risk monitoring as MV regurgitation was now splashing against the back wall of the heart and breathing was becoming harder. I felt myself getting worse with breathing but the infection was clearing out. The ID team sent me home for a few days with twice daily nurse visits and I saw my cardiologist a few days later who admitted me back as regurgitation was now severe and told me they would need to replace the MV quickly.

During that next 7 days while cardiology and infectious diseases debated when surgery should be completed, things got bad and I had a heart failure in radiology waiting for CT scan, then my lungs started falling apart and I had several Rapid Reposnse Team calls the coming days and then the dreaded ALS Code Blue on a Friday night where I was sent to ICU. ICU worked to stabilise me over the Friday night and about 2am Sunday morning I was told surgery will be that day around 8am.

Surgery happened, and when I came to in ICU I was told I had a MV replacement and double bypass on the right side of my heart, vein came from left leg for the bypasses. Over the next few days I tried to take in my stride like we all do after having OHS but my breathing was getting worse and put on continued oxygen. I was then told I had collapsed lung and pneumonia. I was in hospital for another 4.5 weeks before being discharged and at the time of joining this site I am two weeks at home and trying to rebuild.

I apologise for the length of my story, if you’ve made it this far. I hope to meet people here who I can find strength in whilst I recover from the past 6 months of this roller coaster I have been on. 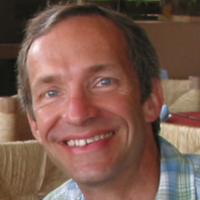 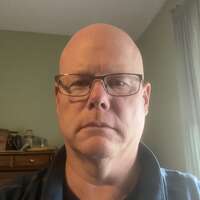 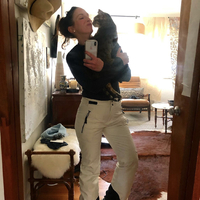