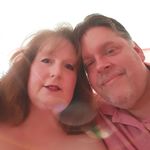 Send Lori a note
My Story

I've been sick, it seems, for my entire life. My birth is even identified with sickness. I was born around 4 pounds and had to be kept in the hospital long after my Momma was discharged. At 5 years of age my lungs collapsed and I had a lobectomy. From 6 to 13, I managed to live physically unscathed, save for the cuts, bruises, and a broken arm not uncommon for a tom-boy in the 1970's.
At 48, my tri-cuspid valve regurgitation was found by chance when I had a sonogram of my stomach. The doctor that read the sonogram noticed a defect in my heart. That was May 21, 2015. A year later after many, many tests, open-heart surgery was recommended. I had no symptoms.
For over 30 years, from 13 years old on, I have been plagued with chronic pelvic pain. The pain began occurring once a month. Over 15 years ago, it became a daily, excruciating pain. I loved my job! It was my identity (Other than being able to carry a child - the most miraculous and greatest achievement - along with raising my fantastic daughter, now 25) I pared my job duties down until I could no longer function and became permantly disabled. Pain medicine was increased. I became very depressed, became bedridden for 7 years, and gained 100+ lbs. Somewhere in those fuzzy days I also required a total knee replacement, a hernia surgery, an appendectomy, and surgery to remove my sick gall bladder. I rarely looked in the mirror, but once I did, I saw a case of firery rosacea! I was at my lowest. Fate, as it does though, intervened. Two "Angels in disguise", a physical therapist and an occupational therapist eventually and slowly coaxed me out from my bed much like rescuing a lost & sad wandering dog from a dark alley. They got me moving and talking and smiling for the first time in 7 years. But they only had a finite time with me. Knowing if I went back to my bed I would die, I mustered the courage to call around and find another Angel in an Aqua Therapist. It changed my life. Although she also had a finite amount of time with me, there were aquatic therapy classes in which I've stayed for three and a half years now. The water was so comforting and soothing and the people in the class were no short of a healing grace for me. Four days a week for 1 - 3 hours I had friends. We laughed, talked, and they became my cheerleaders. Along with my biggest inspirations - my sister and my husband. Much of 2015, I became better. I graduated from a wheelchair, to a walker, to needing neither. I'd lost all the weight I'd gained. I still had pain. I still could not walk any considerable length, but I was better. Then, the last six months I began to decline for no apparent reason. My knee pain and pelvic pain has increased as well, although I still do my aqua classes. I'm back on a walker now too. I'd noticed about a year ago though I would sweat profusely from just the face when exerting any energy and it would become hot and beat red. I'd also developed shortness of breath with my short ability to walk. The shortness of breath and red sweaty face... may be attributed to my tricuspid valve regurgitation (??) Considering my history of dis-ease, I'm scared post surgery I'll be a bedridden mess again. But there is a hope maybe I COULD walk longer distances after recovering from the surgery. But this surgery will not heal my pelvic pain, nor my need to have another knee replacement. There is also the concern that taking pain medication all these years will prevent me from getting pain relief post-op. Too much will kill me! Not enough will leave me in agonizing pain.
I have a wonderful daughter, and my fantastic husband. I know they will help me through this. But I'm afraid nonetheless. I'm more afraid of being alive but completely unable to "live". I trust in God. I know he will take me when I die. But to constantly be needing care. Not being able to help others or my family even...
That's my story. I'm scared. I'm tired of being in pain. I'm tired of feeling useless. Tired of being the family member that's always absent because I couldn't tolerate a holiday or ceremony, or for goodness sake Mothers Day! I feel ashamed and useless.
I am thankful that I don't have a worse disease. Thankful for what health I do have. But scared this surgery will send me back - back to being the sad dog in the alley. 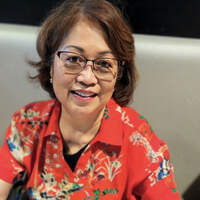 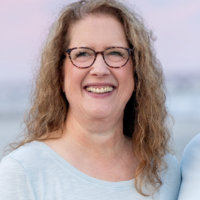 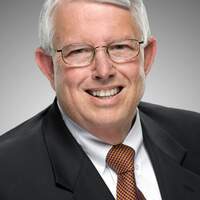