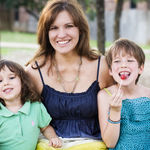 Send Lori a note
My Story

About 6 months ago, I started noticing that my heart seemed to occasionally 'flip flop' or race. Each time, I thought that it was stress or perhaps caffeine, and paid very little attention.

One morning about a month ago, I woke up to get ready for work and felt a little dizzy after my shower. Thinking it was probably just related to the temperature of the shower, I sat down on the corner of the tub. My husband (a family physician) came in and was quite shocked to see me sitting down (I'm usually the early morning drill sergeant trying to get him and our 3 girls to hurry along!). He listened to my breathing (I was diagnosed with asthma at 20) and heart and thought he may have heard a faint murmur. He suggested I see my family doctor to check it out.

At the time, we both thought that I was having issues related to stress. I'm a 39-year old mother of 3 little girls (7, 6, and 3). My 6-year old has an intellectual disability and will need life-long care and my 3-year old loves to test the boundaries and push my buttons! We have 3 dogs, one of whom is a recently-adopted rescue puppy. He loves to eat, dig up, and otherwise demolish everything in sight. I also work full-time as an attorney, and volunteer for a disability-related organization for another 10-20 hours/week, and my husband has gone through cancer, shoulder surgery, and heart issues in the past 3 years. Just a little stress in our lives! I don't know if I could imagine a life without stressors --- but generally subscribe to the view that stress isn't what happens to you in life, it's how you deal with it and react to it.

I wasn't too worried when I saw my PCP. She couldn't hear a murmur and thought it was probably anxiety, but referred me to a cardiologist to rule out heart issues.

Just a little over 2 weeks ago, I went for the echo. I feel so naive now, but I was fascinated by the image of my heart. The only other time I've seen hearts were on each of my daughters' sonograms, so (1) I associated the images with happy feelings, and (2) I had not earthly idea what I was looking at! I even remember thinking that my mitral valve looked like a "happy clapper" and joking with the technician that the sound he heard was a lot like horrible techno music. The first inkling I got that something might be amiss was his complete silence, followed by the question, "Do you ever feel out of breath?"

I almost always feel out of breath! Walking up the stairs, carrying my kids, dancing even 2-3 songs with the girls, walking from the parking garage to my work. . . You name it. But I always thought it was due to asthma and allergies (and being a little out of shape after 3 kids).

The echo was followed by a phone message from Cardiologist #1 the next day: "We found a little leakage and would like you to come in to talk about it." My husband called her the next day and during their conversation she said it was "moderate." He was already planning my detox from caffiene and lifestyle/ exercise overhaul. Then we went into the office the following Monday to view the echo and found out it was moderate to severe and the regurgitant jet is going back into your pulmonary veins. I asked about whether TEE was needed (by then, I had read at least 50 articles about mitral regurgitation and doppler imaging through my husband's online medical subscriptions) and she stated it was only needed before surgery. She said I would definitely need surgery in my life, but suggested postponing surgery as long as possible.

We were a bit nervous about the diagnosis and decided to get a 2nd opinion.


Cardiologist #2 is someone my husband respects greatly and refers patients to. He worked me in to his schedule just 3 days later-- the day before my 39th birthday. He had another echo done and confirmed that the regurgitation was at least moderate-to-severe, but suspected that the regurgitation could be severe (the color jet on the Doppler imaging showed 2 areas of regurgitation and one was an "eccentric jet"). He also saw that the leaflets were thickened and redundant, and that both prolapsed. He wanted to do a TEE to take a closer look at the regurgitation.

During all this, I started thinking back and realized that there were many times I had symptoms that I simply chalked up to something else. Over the past 6 months, there were 2-3 times at work when a co-worker noticed I was a bit pale and disoriented/ dizzy. She sat me down and plied me with sugary drinks and sweets. I finally put two and two together and realized that the funny little indention above the right side of my collarbone is probably pectus excavatum. There were countless times I was completely short of breath, and had an aching chest and back, and more than a handful of times I woke up with a racing heart, feeling like I was drowning and couldn't breathe.

During the past 1.5 weeks, my symptoms really started worsening, including palpitations, waking up with racing heart every night at 1 a.m. and every morning, chest pain, not sleeping well.

On the morning of the TEE (1 week ago today), he confirmed severe regurgitation and immediately told my husband I need surgery "sooner rather than later," and urged us to do it in a matter of weeks --- not months. 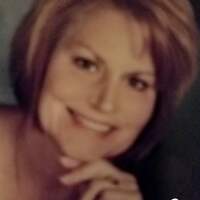 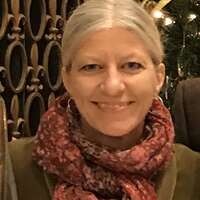