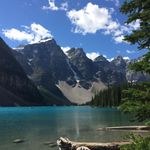 Send Janet a note
My Story

I had numerous strept throats when I was a child and at one point, developed rheumatic fever. My rheumatic heart disease wasn't diagnosed until my late 50s when I started experiencing heart rhythm issues. (I had a murmur since childhood but was always told "it was normal" and it wasn't anything to be concerned about.
In 2015, I had a mitral balloon valvuloplasty to enlarge the opening of the valve ... it helped but by the end of the year, I was once again experiencing shortness of breath and extreme fatigue. Plus I had angina which the doctors couldn't explain.
Although I had been followed with yearly echograms, the one that I had done in the fall of 2016 still showed my mitral valve stenosis was in the moderate range. I was told "you shouldn't be having these symptoms." Well I was! I had two severe episodes of atrial fibrtillation which required cardioversion. I was and am on warfarin.
So with more self-advocacy, I had a stress echocardiogram done which showed extreme stenosis and a heart under intensive strain ... my left atrium was extremely enlarged ... and the stenosis in the valve meant that I had "back up of blood flow" and thus, was short of breath just with minimal exertion.
It was time for a mitral valve replacement.
The surgery went well, but the next day, I went in to atrial fibrillation. Then other unusual rhythms, and after four weeks, I had a pacemaker inserted. I was experiencing tachy/brady heart rate while still in AFib and my heart was pausing for several seconds before restarting on it's own!
A long story short ... I was in abnormal rhythms for 4 1/2 months! AFib. Atrial Flutter. Tachy/Brady + AFib and more.
In mid December, I was put on a high dose of Amiodarone and two weeks later, another cardioversion was done. It was a success ... I was in sinus rhythm again!
Four months later, I remain in sinus rhythm. I stopped the amiodarone three weeks ago; my thyroid function is all over the place because of the amiodarone so I've increased my meds. INR levels are a bit erratic again since stopping the amiodarone but I must say .... overall, I am feeling really well ... I'm exercising ... losing the extra 20 pounds that I put on over the past two years ... doing my photography, sewing and painting again ... and yesterday, I dug up my garden in readiness for a season of harvesting! I had mild shortness of breath while digging but compared to pre-surgery, I am doing extremely well.
I have a mechanical valve ... it was the only choice since I had/have an enlarged atrium, was already on warfarin for the AFib and managed the drug well. Plus, my doctors AND me, don't want to put me through another open heart surgery!! 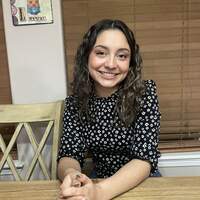 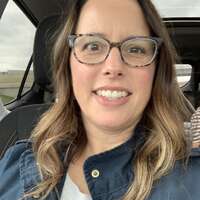