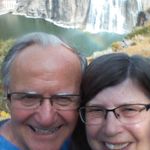 Kathleen Young posted a note for Bob that says: Yes Bob can you tell me alot more about your recovery this will help us alot how is your tissue valve do you see the cardiologist alot and anything else you can tell us
Like  |

Rob Sparling posted a note for Bob that says: Bob, it seems you took my granddaughter’s Santa pic and made it part of your profile. Please check and see. I am assuming you meant to update your pic to something else. Thanks, Rob
Like  |

Bob Fessler  Oops, don't know how that happened. Thanks for letting me know. Nice Santa outfit and beard.

Bob Fessler  Oops, don't know how that happened. Thanks for letting me know. Nice Santa outfit and beard.

Dan Baltazor  I've (Stephanie) done it to Dan's on accident too. If you just right click on a photo it changes your profile picture all too easily.

Michelee posted a note for Bob that says: Hi Bob and thank you for reaching out! I am on Bainbridge Island so very close! So it looks as if you did your research. : ) I am a retired RN and worked a long time in critical care and the OR taking care of patients like us. I think this is a case of knowing too much! LOL...most of the time I remain calm but once in a while it definitely throws me. I was diagnosed with my TAA about 13 years ago and have been in the watch and wait mode since then. I really didn't think I would never have to have surgery...not sure why just thought I could beat the odds but it turns out I can't. My cardiologist Dr Hammer at CC immediately put me on BP meds and I have been to the geneticist twice already with another apt there in April to try to find a cause...so far nothing although I do have Sjogrens which is autoimmune so who knows.. right now they just say it's some sort of general connective tissue disorder causing the aneurysm. I am blessed to have a normal AV though. I know the combo can make the surgery a bit trickier. Anyway it has been very stable for all these years and then jumped to 4.7 this last visit in July. I am scheduled to go back in April to check again as we have several large trips planned this coming year and I want to be sure all is well before I leave.
I would love to hear more about your decision making process choosing your surgeon if you feel like discussing it. I did go see Dr Verriers at UW just to touch base, liked him very much, however there surgical volume for aneurysms is less than CC and in this case volume has a lot to do with outcome so.... Anyway anything you want to share would be welcome. SO glad you are doing well!!!! Michelee
Like  |

I also interviewed Dr Verrier and though I'm sure it would have worked out fine, he gave me the impression that since it is a teaching school a lot of the operation would be done by students with him being present. I didn't find that comforting. My first choice was Dr Glenn Barnhart at Swedish based on his video and research on this and other heart surgery sites. When I interviewed him, he indicated that I needed surgery VERY SOON. I liked his demeanor, his knowledge and how he talked and explained everything to me using my CT scan, echos and angiogram results. I decided he could do the job. So I agreed to have the operation the next day. I knew I needed surgery as soon as I could schedule it but next day was a surprise. At least I didn't have to fret, worry etc. I just got it done.

I considered going out of state to Cleveland Clinic since this is my life we are talking about, but aortic valve replacement with or without coronary artery bypass is now so common that it is done lots of places with outstanding results. If it was a mitral valve repair, multiple valves or something more complicated or specialized than a single valve replacement, I might have more seriously considered going elsewhere. More than a few people on this site have gone to CC and have had different problems so though CC may have great surgeons and perform tons of operations, crap can happen anywhere.

Good luck on your search and research!
Bob

Gerald Poulton posted a note for Bob that says: Hi Bob, I am guessing with no blood thinners thst you got a bio prosthetic valve, which is what I am choosing, what kibd did you get and how long did they say it would likely last.
Like  |

Alethea Scally posted a note for Bob that says: Hi Bob! I saw your post about valve-in-valve TAVR: That was my dad's question, too. Once you go TAVR, can you ever go back if you need to? That was why he picked OHS, better to do it now when he can physically and then do the TAVR later if he needs it down the line. Hope this helps you with your decision!
Like  |

Stephen Phayre posted a note for Bob that says: Bob - I can drive again! (yay) - perhaps you'd like to meet up for coffee in Silverdale over the next couple of weeks and chat?
Like  |

Hello Bob how are you doing? Did you get a date yet for your procedure? I hope you are well and I wish you nothing but the best. Hope your progress is going as you hoped. Take Care and God Bless.
Like  |

Maron Faulkner posted a note for Bob that says: Hi Bob, yes, I had Ed Verrier as my surgeon at the UW Medical Center for my AVR in November 2014. It went well and the thing I appreciated most about Dr. Verrier was that the operation only lasted an hour and a half. They had originally told me between 3-5 hours, but Verrier didn't waste any time, evidently. His assistant told me that was typical for him, and to me, the shorter time a person is on the bypass machine, the better. I had an AVR, he removed the subaortic stenosis and sewed up two small holes.

I did have a filling fall out shortly after surgery, which I am guessing was the result of some trauma procuring during the intubation stuff (the filling wasn't loose or anything prior to surgery). But that was probably more the surgical team than Verrier himself, I think.

Feel free to email me if you have other questions!

Chris Vereb posted a note for Bob that says: Thanks bob! I love my beer too!
Like  | 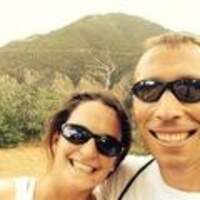 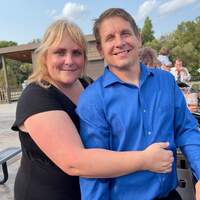