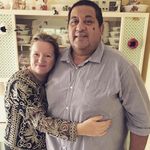 Send Janette a note
My Story

I don't remember much about my initial trouble with my heart but at 3 years of age after bouts of turning blue and fainting it was discovered that I had a hole in my heart. I was born, and raised in the UK and so had my surgery in England. The lovely scar was well placed to run under my boob and is barely noticeable today! Over the years I was required to have check ups due to the remaining murmur and pulmonary stenosis. I moved to New Zealand as a teen and met my fabulous husband Mark there. I lived very carefree despite maintaining a good level of exercise I smoked and drank and my diet left a lot to be desired! Still the check ups showed only mild pulmonary stenosis and so I celebrated ...wildly!!! At 21 Mark and I had our daughter Grace my heart behaved well but not the rest of me. I was very unwell suffering hyperemesis and giving birth traumatically at only 24 weeks! However beautiful Grace survived and is now 27 years old ! When I was 25 years of age we welcomed gorgeous Sarah bang on due date and a bouncy 8lb 3oz ! Life went on, we moved to Australia where we still live. Continual heart checks showed my condition was unchanging and I carried on not looking after myself !! Then in 2009 became very unwell exhausted and run down thought maybe my heart , but no, type 2 diabetes. I was distraught especially since I had begun to take slightly better care of myself. My Father had been diagnosed a few years prior and my Mum was 'borderline'. Once the pills began to work it just became normal again and I started to look after myself more and more. I lost weight, I exercised more, I stopped drinking. have always been a walker. I don't drive so have had to walk and use public transport ~ but I love walking. All was well we moved to a more rural area in Western Australia called York, which I adore. Last November I had check up and this time the news had finally changed the pressure had changed in my heart and I was considered now to have moderate pulmonary stenosis rather than mild. To be honest I didn't think anything of it I have never been interested in the mechanics and medical history of my heart it was just 'one of those things', a condition I had. However I began to notice I was more tired than usual. I would get knocked about by viruses and bugs, one gastro type thing had me ill for weeks. The medication I was taking for my bad back reacted oddly in the midst of a bad illness and I ended up at the hospital I couldn't make sense of my own words I thought I was having a stroke! I also noticed after over a year of no periods I suddenly had two hideous periods in November and December? I would get dizzy spells, feel hot and cold, get upset tummy's, and just felt,for want of a better word really 'OFF! ' I started getting palpitations at night time didn't always sleep well, lots of odd little unexplainables! Then at the end of February I walked the dog , came home had some dinner including ice cream and sat at my lap top. I suddenly got very strong palpitations but like none Id ever had before, these didn't quit and felt like my heart was going to pop right out of my chest! Hubby took me to our local hospital its basic...we don't even have an x ray machine! I was hooked up and yep my heart was racing and my BP was racing skyward! It wouldn't slow down I had no control and it was scary. I was sent by ambulance down to a bigger hospital overnight was observed still with the pounding heart ....oddly the two other patients in emergency that night had the same problem!! There we all were 3 pounding hearts like we were in a race! Next day off to a city hospital. I had a T.O.E and had my heart jump started back to a more respectable rhythm! I was then told there is another hole in my heart ! I was given beta blockers and blood thinners and sent back to the country! My cardiologist has told me likely I will now have a replacement pulmonary valve and the hole closed (again!) but next is the M.R.I on the 6th April. So how do I feel? At first I was calm and accepting but that was before learning of the expected surgery to come...then I was upset for a day. I don't eat cow, pig, sheep, chicken and took issue with the 'cow valve'. However Im now fine and have prayed a lot (even a friend in Lourdes has prayed for me there!). Im at peace with whatever God wants. I am interested (finally) in my heart health :) My hubby and daughters ,my Mum and stepdad and friends and family are worried but such a gift and support. Im blessed I have put all into God 's hands and the hands of those who can heal and there is a lot of relief in that. I am waiting for news of surgery and meet with my cardiologist on 27th April. I notice a lot on this site have had aortic surgery and I would like to hear from anyone who may have had pulmonary surgery. I pray for the ones having surgery soon.

Sara says, "So my incision has been healing very nicely but I ..." 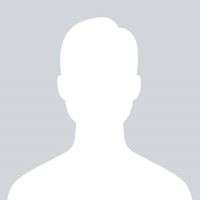 Chris says, "does anyone have any comments on L Bundle Branch ..." 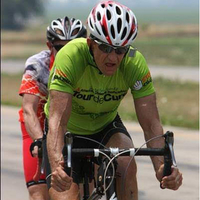 Dan says, "Greetings all, update: had appointment with ..."