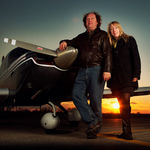 Send Greg a note
My Story

I was diagnosed at a young age with a heart murmur. Couldn't play sports in high school. Later found out I could have so this was sad. But UofIowa hospitals determined it was a bicuspid aortic valve when I was in high school. They had just started to use the Echo machines. Now 34 years later it was time to have the valve replaced. I had started to feel 'not right' for the last few months. My cardiologist hold us in January 2015 that it would be 5-10 years before I needed surgery. He said I didn't need an echo and that I could wait 5 months for my annual echo test. I told him I need an echo test now. Two days later I was told I need surgery "sooner rather than later". Surgery was March 2 2015 at northwestern memorial hospital in Chicago. I had a bentall procedure where they replace the valve root and ascending aorta at the same time. My aortic aneurysm wasn't bad enough to warrant surgery on its own. But since they were here for the valve my surgeon suggested I have The aorta repaired too. There is evidence that these problems are related.

Holly says, "My husband recently had a mechanical aortic valve ..."

Luke says, "Anyone have information on testosterone therapy and ..." 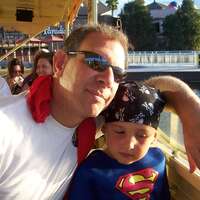