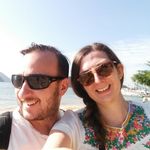 Send Danielle a note
My Story

I’m 34 years old living in the UK. I found this site a number of months ago when I initially had the daunting news that I required OHS. It has quietly been a source of support over the months and now as my op date nears I realise that I, in all likelihood, will need this site the most once I embark on recovery. I hope my story and future posts will help others when faced with their own news.

My story is not a short one but bear with me. I was diagnosed with the connective tissue disorder, Marfan syndrome, when I was 10. This was purely through a very knowledge and experienced optician noticing I have dislocated lens in my eyes. One letter to my GP, followed by numerous test, hospital visits and eventually genetic testing and I was diagnosed. On the grand scale of all things Marfan’s I do not have a particularly severe form of the condition – probably a 5 or 6 out of 10. Marfan’s can be an inherited condition (it can also be caused a random gene mutation). I inherited Marfan’s from my mother and grandfather. My grandfather, passed away at age 31 from what we understand was a ruptured aorta associated with undiagnosed Marfan’s.

A symptom of Marfan’s includes scoliosis. I suffered with this and as a teenager, after a growth spurt, I was left struggling to breathe due to my spine and rib cage squeezing my lungs. I had my scoliosis corrected through surgery age 13. I have two metal rods (Harrington rods) bolted to my spine. I have a few free vertebrae at the top and bottom of my spine but other than that I am fused and cannot bend my back. I do have great posture though.

I was also diagnosed with Wolff-Parkinson White syndrome aged 20. WPW syndrome causes the heart to beat very fast for periods of time, known as supraventricular tachycardia. It is caused by having extra electrical connection in the heart. This short circuiting results in the heart getting stuck in a loop of rapid heart beats. I had the extra electrical connections treated at Papworth hospital (UK) by catheter ablation in 2004. I was told at the time that just five years earlier and it would have been treated through OHS.

Since diagnosis of Marfan’s I have been monitored regularly by cardiologists. In early January 2017, I attended a scheduled Echocardiogram and review with my cardiologist. Unfortunately the cardiologist couldn’t access my Echo during the appointment but based on my examination concluded that my mitral valve was likely to be performing with only a mild/moderate regurgitation that was present three years prior. To my surprise six weeks later I received a letter advising that my valve had deteriorated and now was severely regurgitated. I was scheduled for another Echo, MRI and appointment with my cardiologist in mid-March. The outcome of the meeting was that surgery was required and I was added to Mr Francis Wells (Papworth hospital, UK) waiting list on the 1st April 2017 with the expectation that surgery would happen in 3-4 months.

Now began the torturous wait for a date and monthly/fortnightly calls with the hospital booking staff for vague estimates of when surgery was likely to take place. This has been by far the worst part of my journey so far – my life, and that of my loved ones, has been in limbo and my anxiety levels have rocketed.

I was offered a cancellation date in mid-August and another in mid-September both of which were unsuitable and very last minute. I was finally offered my first non-cancellation date of 17th October 2017 two weeks prior to surgery. I attended pre-op on the 10th October. Unfortunately the night before surgery I received a call advising that it was unlikely the surgery would go ahead as there were no beds available in the critical care ward (ICU). I was advised to prep as directed and call in the morning for an update. Surgery was cancelled on the morning it was planned for. A new op date has now been scheduled for 31st October 2017.

It’s been a roller-coaster of emotions on the ride so far – astonishment, scared, nervous, anxious, blasé, resigned, and somewhat calm – I’m looking forward to getting onto the road to recovery and out of limbo-land. 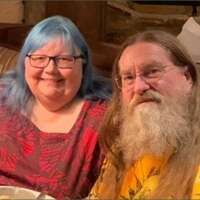 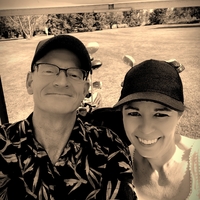 Greg says, "Upon leaving the hospital, they left both temp pacer..." 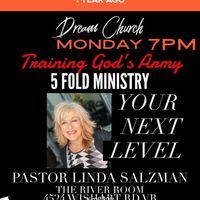