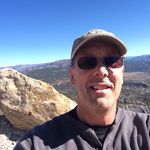 Send Rob a note
My Story

Surgery on 11-18-13 in Dallas at Baylor Hospital. Surgeon is Rick Hebeler. I was diagnosed with a BAV back in about 2002. WAY back in 1978 a doc had heard a murmur, but said not to worry about it. In 2002, while swimming (I've been a distance swimmer most of my life, though not currently) I found I could no longer hold my breath thru my flip turns in the pool. I mentioned to my doc at my next physical and she referred me to a cardiologist, who diagnosed me and we started the watch and wait routine. Last Spring (2013) I noticed increased difficulty walking up stairs (though we moved to Colorado and live at 7,448 feet) but didn't see my cardio doc until September. He said it was time, so we set the wheels in motion for the surgery, which was done on 11-18-13 at Baylor in Dallas. I recommend that hospital 100%. I was born there in 1957 and this was my first time back. Great staff, and my United Healthcare was accepted by everyone involved, and was paid for 100%.

My surgery was 6.5 hours in length and the doc said he moved FAST. The mitral valve was tightened up, the aortic valve was replaced with a pony tissue valve, and the ascending aortic root was replaced. Because of the aortic root they did the bypass thru my groin. In the ICU we learned I have a bad reaction to morphine, so I was on some type of oral pain-killer. Luckily I don't remember most of it. I had a "crash" the day after surgery when they were going to move me to a private room. They gave me a "baby dose" (their term) of a beta blocker, and my bp and pulse dropped to where I blacked out, so I spent an additional day in ICU.

Upon release from the hospital we went out to our lakehouse in East Texas to recover. A week later my heart started racing and didn't stop. It never went below 145 beats per minute. It was the day before Thanksgiving and we called the surgeon who said "no major deal, don't go to emergency, just call your cardiologist". Cardiologists office was closed for the holiday by that point, and since it seemed it wasn't that urgent we waited until Monday morning. They asked us to come back to Baylor, and I was admitted and had an ablation, which was successful. My heart rate was down to 95 per minute. I lost about 12 pounds while my heart was racing. I spent 2 more nights at Baylor and was released again with only a blood thinner and a heartbeat regulator as meds, and was told to come back in 60 days to go off those meds, and go on a beta blocker, which I'm now on (6.25mg Carvedilol and also 10mg Lisinopril). I'm in cardiac rehab up in Durango and doing well. They say my heart size won't get back to normal for a year or so. I think I waited a bit too long to press the surgery button, I caused a little damage.

I read a lot before my surgery and was ready for the possible emotional shifts. What I found was that I was filled with gratitude. My entire family showed up and didn't do too much, didn't do too little, just right. My docs and nursing staff were excellent. The insurance company was awesome. I found myself just so grateful for all that was done to and for me. Sure, I had a few moments during recovery where I got impatient, but I never felt down or depressed. My mantra was "better and better, every day....". And it is, and I'm very happy to be here and recovering still.....

Andrew says, "Tomorrow I have my pre-op dental visit and next ..." 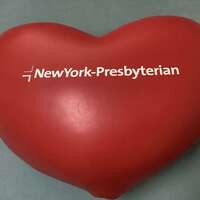 Mark says, "Thank you Adam for this site. I learned a lot from ..." 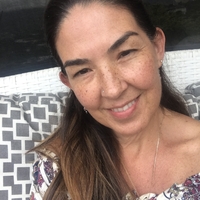 Layli says, "Hi dear friends, I'd really love to hear from others..."