Send Gary a note
My Story

I've been on this journey for five years, starting when my GP noticed my heart murmur was loud and raspy. He sent me to a cardiologist who diagnosed me with Left Ventricular Outflow Tract Obstruction with SAM (Systolic Anterior Motion). Over the following years my condition was kept in check with beta-blockers, and monitored every six months with an echocardiogram and annual heart catheterization.

In October 2014 I collapsed in my front yard with complete (Grade 3) AV block. Atrioventricular (AV) block is partial or complete interruption of electrical impulse transmission from the atria to the ventricles. I was rushed to the ER and fitted with a temporary pacemaker to keep me alive overnight. The next afternoon a permanent pacemaker was implanted. I was monitored for another 2 days and released to go home.

In December 2014 I had a cardiac MRI (fortunately my pacemaker is MRI-compatible) and it was revealed I also had cardiomyopathy and moderate mitral regurgitation (MR). I was maxed out on the beta-blockers (200mg of metoprolol twice daily). By June 2015 the MR had increased to severe and a heart catheterization confirmed the need for surgery.

Due to the high risk nature of the surgery, my cardiologist promptly referred me to Dr. Tom Martin in Orlando. In early August 2015 my wife and I drove to Orlando (we live in Jacksonville) and met with Dr. Martin and his PA. While initially we were skeptical about literally placing my heart - and life - in a stranger's hands, those concerns dissipated when Dr. Martin suggested we hold hands and close the consultation meeting in prayer. And what a powerful prayer it was! I was scheduled for surgery two weeks later.

On August 21, 2015 I had open heart surgery to repair my mitral valve (30mm annulopasty ring), close the patent foramen ovale (PFO) - hole in my heart, and a septal resection to correct LVOT Obstruction. During the surgery the atrial lead from my pacemaker became dislodged and 3 days later I had more surgery to insert a new lead. Due to the septal resection, which probably removed my AV Node, I am now 100% pacemaker dependent. I started cardiac rehab on 10/19/2015.

At 9 weeks post-surgery I was pain free but sore in my chest. My incisions have healed quite well. The sternum isn't as sensitive as it was even a few weeks ago. I can tell a big difference in just the past several months. My fatigue level is pretty high. But fortunately I work from home (self-employed) and can pace myself accordingly.

Two months later I still had soreness in my mid-belly right below where the incision ends. I know there are some wire leads the surgeon left in place from when I was on the temporary pacemaker over the weekend between the major surgery on Friday and the pacemaker lead repair on Monday. That kinda freaked me out.

Emotionally I hit a wall around 2 months post-OHS and just couldn't seem to pull myself together. I probably suppressed a lot of feelings from all I've been through (what man doesn't?). But my beautiful wife of 35 years has been my rock and caregiver. I am so blessed I get to spend another 35+ years with her!

In early December 2015 I went into Aflutter and was scheduled for a cardioversion. That worked for a while - at least through the holidays. On New Years's Eve 2015 I was admitted to the hospital for pacemaker atrial lead replacement surgery. During pre-op they discovered I was in AFib. As a result, I had atrial ablation as well as the pacemaker lead replacement. I was in the hospital overnight and sent home in complete sinus rhythm!

I restarted cardiac rehab in mid-February and can't get over how much better I feel now. I'm still not 100% back to normal (whatever that is). My stamina is weak but I'm enjoying how much better my heart health is now. My sternum still aches and the chest and upper back muscles, nerves, etc. are still healing. But I'm alive and feeling so much better!

UPDATE (04/27/16): I just completed the 36 weeks of cardiac rehab and couldn't be happier with the results! It's been a long journey but I'm alive to retell it & live a long life with my wife and children (and hopefully one day some grandchildren as well!) 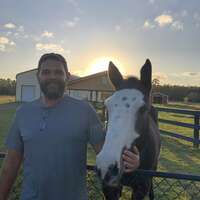 Chris says, "Happy to report that I celebrated 3 years of life ..." 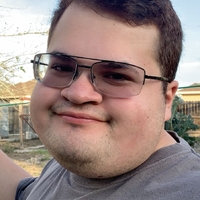 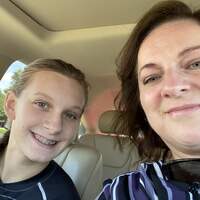