Hello! My name is Dr. Ismail El-Hamamsy and I am a cardiac surgeon having graduated from Universite de Montreal in 2000. To date, I have performed approximately 2,500 cardiac surgeries, of which 1,800 involved heart valve procedures. I regularly perform surgery at The Mount Sinai Hospital. Read more...

I believe my greatest strength is that I put my patients first. This is the central tenant of my practice.

A patient is far more than his clinical condition, and every patient has a unique story, background and life goals. Aortic root procedures includes a vast array of techniques ranging from aortic valve repair to reconstructive root surgery to the Ross procedure. By engaging each patient individually, we can offer him/her a tailored surgical solution that meets their expectations and translates into optimal long-term results and quality of life.

At Mount Sinai, not only do we have extensive expertise in all aortic root reconstructive procedures, but importantly a dedicated multidisciplinary team that specializes in the management of these patients. Together, this allows us to provide each patient with personalized care using state-of the-art techniques in a very humane environment. 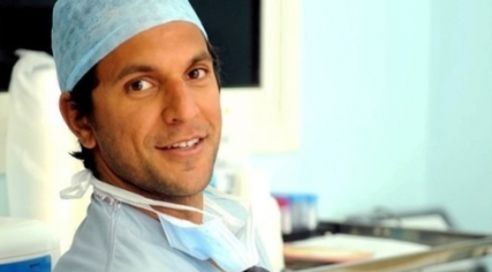 "Dr. Ismail El-Hamamsy is an angel walking among us. After speaking with him on the phone, I traveled from Vancouver to the Montreal Heart Institute to have my Ross Procedure on February 28, 2019. With his pre-surgery encouragement, I was able to train and run 2 half marathons at 90 and 115 days post-open-heart surgery in June 2019. It was a surprise that I recovered so quickly! Now I outrun my husband both in speed and distance! Still training for longer distances and forever grateful to my surgeon. "

"He is probably the most human surgeon out there. When I first found out I needed surgery, I was devastated. I knew my whole like that I would, at some point, need surgery. But, without truly understanding what it entailed.

I was introduced to Dr. El-Hamamsy as he is a Ross procedure specialist and he just completed his 400th Ross Procedure. He reassured me that I would get to participate in whatever race I’d want to in the future -- once i was healed.

He also understood that I was slightly anxious and shared that he’d try to accelerate the date of my operation (I was being scheduled for January and it was early October). Twice I needed to present myself at the hospital. Both times he came to find me as he was told that I was "in the house".

On my 2nd visit . . . He confirmed to me that he would get me scheduled by the end of November. On November 17th, one week later, I got the call. The operation was completed on November 20th successfully. He came out with a huge smile to greet my family and reassured them that I was doing well. For the 5 days I was at the hospital, he came every evening to check up on me. The nurses told me that I was very fortunate as very few surgeons did that.

His whole program is amazing with continued follow-ups. I’d recommend him."

Then, Dr. El-Hamamsy completed a special doctorate program, The Living Aortic Valve, under the supervision of world-renowned heart surgeon, Sir Magdi Yacoub, at the Imperial College London in the United Kingdom.

To schedule an appointment with Dr. El-Hamamsy, you can:

The office of Dr. El-Hamamsy is located at 1190 Fifth Avenue, New York City, NY 10029. To get driving directions to this office, please click the map below.