The impact of transcatheter aortic valve replacement (TAVR) for aortic stenosis patients has been revolutionary during the past 10 years.  TAVR does not require an incision to the patient’s chest or ribs.  A TAVR procedure does not require the use of the heart-lung machine.  And, TAVR patients are often in the hospital for only one day.

To answer that question, I interviewed Dr. Steve Bolling who is a leading mitral valve surgeon from Michigan Medicine.  During his extraordinary career, Dr. Bolling has performed over 7,000 cardiac procedures of which more than 5,000 operations involved heart valve repair or heart valve replacement therapies.

Dr. Bolling shared many important points for patients during this interview. Here are the highlights I jotted down: 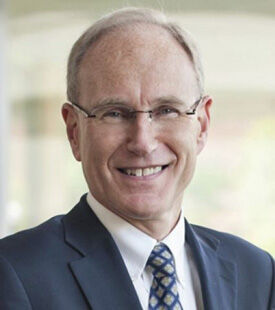 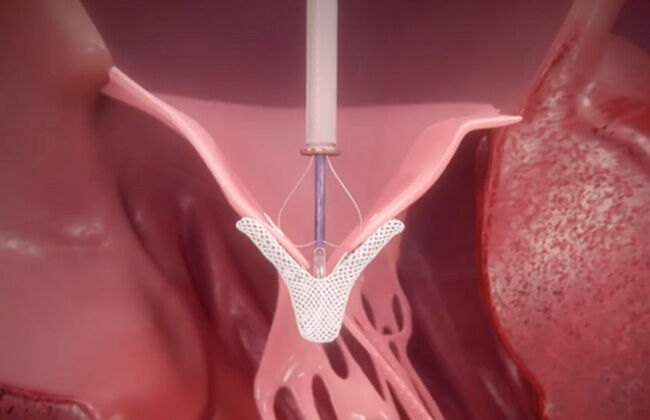 Many Thanks Dr. Bolling & Michigan Medicine!

On behalf of our patient community, many thanks to Dr. Steven Bolling for taking the time to share his clinical research and experience with us.  In addition, we would like to thank Dr. Bolling and the entire Michigan Medicine team for taking such great care of the patients from HeartValveSurgery.com.

P.S. For the hearing impaired members of our community, I have provided a written transcript of my interview with Dr. Bolling below.

Adam Pick: Hi, everybody. It’s Adam with heartvalvesurgery.com. Today we’re answering your questions all about transcatheter mitral valve therapies. I’m thrilled to be joined by Dr. Steven Bolling who is a leading cardiac surgeon at Michigan Medicine in Ann Arbor, Michigan. During his extraordinary career, Dr. Bolling has performed over 7,000 cardiac procedures of which more than 5,000 involved some form of heart valve repair or heart valve replacement. Dr. Bolling, thanks for being with us today.

Dr. Bolling: Adam, thanks for having me. It’s great to be here with you and the heartvalvesurgery.com, the whole community.

Adam Pick: Yeah, so Dr. Bolling, you are an innovator, a researcher. You’ve developed several devices and technologies that have advanced valvular therapy. I’m really excited for your response to Henry’s question that just came in. Henry asked, “With the success of TAVR, transcatheter aortic valve replacement, what is the latest update for transcatheter mitral valve treatments?”

Dr. Bolling: Well, Henry, that is a great question. As you know, in the aortic position, the TAVR, the transcatheter aortic valve replacement, really has become the standard of care. One would think you could just take that TAVR, turn it upside down, ta-da, mitral valve. No, it’s not that easy. The aortic valve, when you think of it, it’s really just a door. It opens because the pressure is higher and closes because the pressure is lower, but the mitral valve is really way more complex than that. Yes, it opens and closes but also has to do with the twist mechanics of the heart and the power of the heart. It’s not just as easy as turning a TAVR upside down into the mitral position.

The other problem, of course, is that TAVR when you have calcified aortic stenosis, you put TAVR and it pushes against the calcium, it stays there. Mitral valve doesn’t get calcified like that in a general sense. Sometimes you have to push so much that the normal mitral valve size is about the size of my thumb and forefinger. Some of the mitral devices are now 50, 52 millimeters across, very big. TMVR replacement has been very slow to develop. I think we’re getting there but that is actually being somewhat slow. It’s not going to be like TAVR and it’s not ready for primetime quite yet.

Now, in terms of repair, obviously, when I repair a valve, I do a million things. I put a ring on there. I do something to the leaflets. I replace cords like that. One of the devices, the mitral clip or the clasp, some type of edge-to-edge repair, has become very good. We use that as a tool in our mitral matrix clinic. It’s just another tool of surgery to transcatheter we do to help patients. It’s an excellent tool for very select patients. Other things, like a transcatheter ring, transcatheter cords, again, technically hard to get there and they’re really still in development. Again, it’s going to be slower because of the complexity of the mitral valve.

The one thing that’s very interesting to me in the mitral space is, if you think of a TAVR looks just like an aortic valve. We learn how to sew it in. Now we’ve learned how to put it in with a catheter, ta-da, it’s the same thing, but really, in the mitral space, it’s so more complex that we think, do we have to recreate everything we do at surgery or perhaps can we use different types of devices that don’t exactly look like surgery? Can we take advantage of being there with a catheter? People say, well, that’s crazy. No, that’s not. Think of it as a coronary bypass. I learned how to do coronary bypass as a surgeon, but stenting doesn’t look exactly like bypass surgery, but it works the same way biologically. Are there other devices that don’t exactly look like what I do at surgery that can be put there better with a catheter to help serve patients? Henry, that’s a great question. The mitral valve is more complex than the aorta. It’s just going to take longer to get there, but we’re working on it.

Adam Pick: Dr. Bolling, fascinating hearing about the evolution of transcatheter mitral valve therapies. I have to ask you. When you step back and you look at your crystal ball, where do you see this going in the next ten years?

Dr. Bolling: Adam, that’s a really good question. I don’t think we’re going to be quite there in ten years. It has been a slow go but we’re learning and learning and accruing experience in patients. My personal goal is that 25 years from now, when a medical student looks back at mitral therapy, I want them to say, “They took a saw to the sternum and they did what?” That’s I think the goal for everybody.

Adam Pick: I can hope nothing more that 25 years from now, from a patient perspective, we have that experience of, as you say, no saw to the chest. As always, Dr. Bolling, thanks so much for taking time away from your very busy practice there at Michigan Medicine in Ann Arbor, Michigan for sharing these wonderful insights with everybody in the heartvalvesurgery.com community. Thanks again.

Dr. Bolling: Thanks for the question. What is going to get us to that point in time 25 years from now when we’re not cracking the chest? It’s the clinical trials that are being done right now. We are learning so much day by day by day. We have basically every clinical trial known to man. It’s important to have that because then we can fit particular patients into devices. Of course, we have the mitral clip here, which is now commercially available, but we also have a trial of the clasp device, which is like the clip. It actually takes that Roman arch of the leaflets in the mitral valve and holds them together so that Roman arch forms. There are two trials, one in degenerative organic diseases of the mitral valve, and one in functional disease to the mitral valve. Those are both very much to see can we do a catheter-based mitral valve repair.

There will be trials coming in the future of annuloplasty catheter-based devices that go on and plunk an annuloplasty just like I would sew it in by hand. There are a number of rings now based in the catheter, which will be more and more.

The other thing, of course, we have is approach to the tricuspid valve, which we really didn’t talk about, but there are now clip trials here at Michigan of both the clip and the clasp of the tricuspid valve. We shouldn’t forget about the tricuspid valve. Then finally, our option, if we can’t repair a valve surgically, is to replace it. We now have that option for a catheter for patients. We’re both in the Intrepid trials, which is a MedTronic trial of both mitral valve replacement – that used to be just apically up through a tiny surgical incision but now has changed to totally transcatheter from the groin, both for the mitral, and we’ve done a number of tricuspids with the Intrepid as well.

The last trial that we have ongoing right now is the EVOKE Trial, which is the Edwards version of the tricuspid transcatheter device. I think all of these devices will be completely transcatheter very soon. We’ll have none of them which are going on through the apex.

Adam Pick: Dr. Bolling, love hearing about all the innovations going on at Michigan Medicine. What other trial we’ve heard about is the SUMMIT Trial for transcatheter mitral valve replacement? Is that happening there in Ann Arbor with your team?

Dr. Bolling: It is, Adam. That’s a good question. Now those are not transcatheter cases; those are, again, these apical cases, and we have a number of studies going on in the transapical position. One of them is the SUMMIT, and it is a mitral valve replacement that can be both for degenerative disease and also very importantly in MAC, this mitral annular calcification situation, M-A-C, which we call MAC. We’ve done a number of cases. Those are, again, little, tiny incisions here, not completely transcatheter. The other thing we do from the apex, of course, is we can place cords up into the mitral valve, bringing that mitral valve back together, both in the Neochordae and in the Harpoon Trial.

There are a number of transcatheter courses but as you notice, the SUMMIT Trial and a number of other things are going up through the apex right now.

Adam Pick: Dr. Bolling, as always, thank you for taking time away from your very busy practice there at Michigan Medicine in Ann Arbor and sharing all these wonderful insights about the advances in mitral valve therapy. 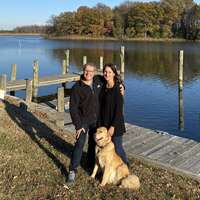 Pamela says, "Just about to leave on a Celebrity Cruise Ship in Ft..." 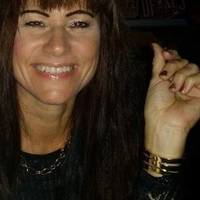 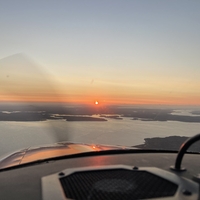