Most cardiac surgeons perform less than ten mitral valve surgeries per year, especially the more complex mitral valve repair surgery. Patrick M. McCarthy, MD, executive director of Northwestern Medicine Bluhm Cardiovascular Institute and vice president of Northwestern Medical Group has performed several thousand. He has taught hundreds of cardiac surgeons around the world how to perform mitral valve repair and lectured about his technique and his exceptional clinical results. He has had the unique opportunity to perform mitral valve surgery for a live audience of surgeons and cardiologists in India, China and Russia.

Although there are approximately 60 open heart surgery programs in Illinois, it is no surprise that Northwestern Memorial Hospital performs one third of the heart valve operations in the state. Cardiologists around the country regularly send McCarthy the most complex heart valve patients. For the most common type of mitral regurgitation, degenerative mitral disease (also known as Barlow’s disease or mitral valve prolapse), McCarthy has a repair rate of 98% since he arrived at Northwestern Memorial Hospital from the Cleveland Clinic in 2004. Also, his results demonstrate remarkably that 99.6% of his mitral valve repair patients are free from needing a second operation 10 years after the initial valve repair. 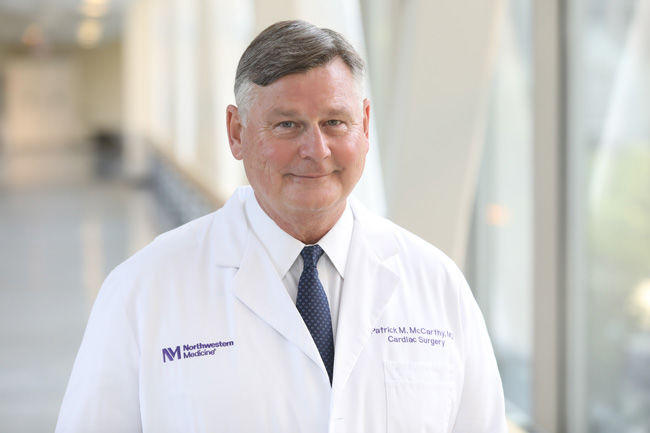